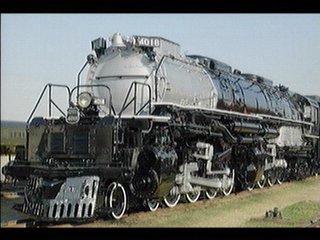 We recently profiled the Children's Museum of Dallas, but it's  only one attraction in the middle of a park filled with museums, exhibits, gardens and more.  With gas prices, this one-stop location gives you a lot to see and do.
Fair Park is close by, there in the shadow of the Cotton Bowl in Dallas.  Here you'll find the Museum of Nature and Science, but it's only one star in Fair Park's universe of attractions.
"If you come to us, we're in Fair Park.  And there are other cultural institutions.  There's the aquarium, and the women's museum and the Texas Discovery Gardens, so you can really make a day trip, said Anne Haskel, Chief Public Information Officer for the Museum of Naure.
And there's the Planetarium, with its space and history shows projected on its domed ceiling.
From the ferris wheel, the Texas Star to the Dallas Aquarium, there are more things to see and do than there are Swan paddle boats in the park's pond.
And it's all in one location.
"Especially, if you're watching your pennies, you get a great value coming here.  There's 20 some-odd exhibitions between our two buildings, plus the Imax, plus the Planterium shows.  So, it's just a lot to do in a day," said Haskel.
It's a mammoth opportunity to see dinosaurs and a lot more.  "First of all we have exhibits, both permanent and special traveling shows, that will appeal to multi-generational age range," Haskel explained.
Here you'll also find the African American Museum; the Museum of the American Railroad; the Hall of State, home to the Dallas Historical Society and the Women's Museum.
"Come try us.  Give us a day and, then, I really think you're just going to keep coming back.  An hour, two hours, is not too long to drive," Haskel said.  "And on the way back, you're going to be talking what you did and what you saw and you're trip home is going to go like that."
Fair Park is like a world within a world, a place that will add to your universe of knowledge for as long as you want to stay.
As far as your drive to Fair Park, here's a look.
From Ardmore, it's 14 miles or nearly two hours drive time.
From Durant, it's 96 miles or an hour and 43 minutes.
From Ada, 174 miles or 3 hours and 17 minutes.
And from Sherman, it's 66 miles or one hour and 14 minutes.
To get into all the museums, you purchase a ticket called the Fair Park Passport.  It's $13.99 per child and $23.99 per adult.  The cost does not include the planetarium or the IMax Theater.