How to Survive a Dog Attack - KTEN.com - Texoma news, weather and sports

How to Survive a Dog Attack 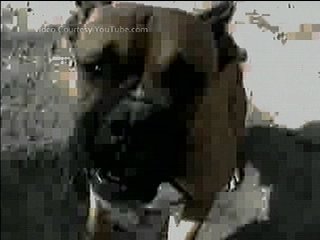 Dog bites: A thousand people every day seek medical attention as a result of an attack in the united states. And from pit bulls to poodles, dog bites and dog attacks can be pretty scary. Not only can they be scary but victims can suffer life-long, even life threatening injuries. KTEN's Scott sager has our report about dog attacks, and what to do if you find yourself being attacked.

It can happen in an instant. It's happened a number of times in our area: a walk to the mail box or an afternoon in the backyard can turn dangerous and even deadly.

Animal behavior specialist Michele Crouse says, "One of the worst things you can do is run cause, they'll get you especially a bigger more powerful dog. Running actually triggers a prey drive in  dog and so that just instantly makes them want to chase you."

Dog trainer Michele Crouse says any dog can attack given the right circumstances.

Crouse adds, "The three main reasons dogs attack, especially in fatal attacks are they're not spade or neutered, they're chained up or their protecting something."

She says attacks are uncommon, but stresses the importance of knowing how to protect yourself in the event of an attack.

Crouse says, "Get on your knees. Curl up in a ball, real tight. Get into the fetal position. Make sure you protect your face and major arteries and veins."

Sherman resident and US Postal Service employee David Whitfield knows the magnitude of dog attacks all too well.

"In your adult life, you really don't experience too many instances of intense panic, and that's what it was. And really not believing it's happening to you."

Whitfield was the victim of a dog attack while on the job.

"About two years ago, it was a warm November day and two dogs came out at me, very quickly, attacked me. Multiple lacerations to both arms, torso, lots of blood. Lots of fear lots of panic during the three minute attack."

Attacks don't always last a long time, but the physical scars can.

Dr. Cardenas says, "In short, they could be puncture wounds, a penetration would that would need to be stitched or an actual tearing wound that would require a trip to the operating room."

And the damage inflicted from a dog-bite, isn't always visible.

Cardenas adds, "But with respect to animal bites, certainly a lot of highly infectious things like staph and strep can be inflicted in the wound and so those definitely need oral antibiotics and sometimes intravenous antibiotics."

There's an estimated five million dog attacks a year, but before you end up in one of these rooms with dog bites, Crouse says there are things you can do to prevent an attack before it ever happens. "If you have an unfamiliar dog that's coming up to you and you feel threatened, the best thing for you to do is, no eye contact. Don't look the dog straight in the eye, don't yell at the dog and don't wave your arms around. If you wave your arms around you've gonna get bit. Clench your fingers, look down...you wanna be as less threatening to the dog as possible."

She also says there's ways to spot a dangerous animal.

Crouse concludes, "Also, watch the dog, if he's staring straight at you square. And just because their tails are waggin' doesn't mean it's happy dog."

To prevent future arracks Crouse suggests new owners of dogs, or owners who think their dogs may be aggressive, contact professional help.

And one more tip, according to multiple web sites, for those of you who walk with a stick, experts say don't hit the dog with it... It will only make the dog angry. Instead, push the stick down the dogs throat... If the dog attacks you.