Trusted Care: Allegations of Drug Use Inside a Durant Nursing Home 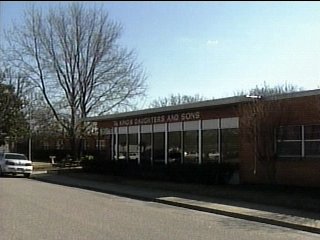 All the information was given to us through a source who we agreed to keep confidential.  In fact, our source is a former employee at the Durant facility, but not every allegation can be confirmed or denied without a state investigation.

"I'm coming forward because I seen what went on," says our source.

What he says went on inside Kings Daughters and Sons Nursing Home in Durant.

"I believe there were quite a bit of underhanded going-ons at the nursing home."

In November of last year, a KTEN investigation revealed serious problems inside the nursing home including care issues that resulted in patients being harmed.

"They had some very serious deficiencies in April," said Dorya Huser, Chief of Long-Term Care in Oklahoma.

But four months later, Kings Daughters and Sons cleaned up its act.

"We did so a survey in August, and their compliance was better," Huser said.

"We did go back in October of 2007 to do a revisit at which time we were able to clear all of those deficiencies and the facility has reached substantial compliance."

While the facility may be doing better with the state, our source alleges there aren't only care issues, but possible criminal activity.

"In the past there was a problem with medications disappearing."

Following an investigation, a medication supervisor was fired for reportedly stealing drugs.

"Wilson Mitchell, he was fired from the nursing home for theft of medication."

A warrant was issued for Mitchell's arrest in September 2007. Now, he's in court charged with larceny of a controlled dangerous substance.

"In that one week period, a total of four cards of medicine were missing; three of them being Lortab and one Darvocet."

A troubling allegation that our source worries could become a trend.

"Here as of late, the past month or so, there had been some more medication had started coming up missing; a couple of cards here and there, and there was problems like medication being punched out and being replaced with the same medication but a lowered milligram."

"We were called one day about 10 minutes before shift change and were told that everyone was going to be receiving a random drug test."

Our source claims about a dozen people tested positive and were fired.

"I, like 13 others, took my random drug test and failed."

KTEN was unable to confirm the results of our source's drug screen, but we did conduct a check of whether he has a criminal record in Bryan County and found only minor traffic violations, no drug arrests or convictions

"To the best of my understanding, it was prompted by a treatment nurse seeing two of the employees coming out of the trailer behind the nursing home, and she smelled marijuana on them."

The nursing home allegedly told employees who tested positive that they would be hired back if they could give a clean urinalysis.

"It was told to me that there were a few allowed back in without a clean urine analysis just so the nursing home could maintain staff to meet state requirements."

KTEN spoke with Kimberly Owens, the administrator at Kings Daughters and Sons Nursing Home, and she confirmed there were layoffs following random drug testing on Nov. 14, 2007.

However, Owens tell us 25 people were tested; seven failed and two refused to take the tests, basically ending their own employment.

Owens says the testing was not prompted by treatment nurses smelling of marijuana after leaving the trailer behind the home; however, it was random.

In addition, she says the home offers to help employees who test positive find a treatment program, and that patient care is extremely important and a priority at Kings Daughters and Sons.