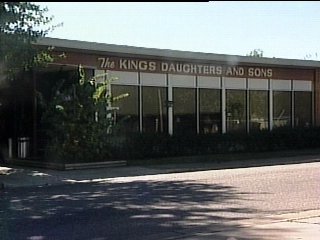 We've talked about it already in our Trusted Care series: The Kings Daughters and Sons Nursing Home in Durant. State inspectors have made several recent visits, but what happens when changes aren't made following an inspection?

Making the transition from living at home to living in a facility isn't easy, but it shouldn't be a risk.

"We hope facilities would just have that as their own goal to make sure residents are protected and their property is protected," said Dorya Huser, Chief of Long-Term Facility Care in Oklahoma.

April 2007 inspection records from the Kings Daughters and Sons in Durant unveil "a pattern of deficiencies that constitutes actual harm." 10 residents received substandard care. Eight allegations were filed; four were substantiated, including two involving pressures sores, a skin break down that can be deadly.

"We expect for facilities to take preventative measures with residents," said Huser.  "If there is a resident that is not ambulatory and can't move much then they need to be repositioned."

Kings Daughters and Sons also failed to provide proper incontinent care and care plan for safety. While investigators were at the home looking into those claims they reported finding more problems.

According to documents, the facility also failed to ensure sheets used to cover residents were in good condition, without holes and thick enough to provide privacy. Words such as threadbare were used to describe their linens. Residents complained that the washcloths were so stained they used paper towels instead.

"Most facilities receive Medicaid or Medicare funds and there are expectations that go along with that money as well as that we just want the residents taken care of," Huser said.

Based on the serious nature of the survey, the findings were referred to the Oklahoma State Board of Examiners For Nursing Home Administrators for possible action against the administrator, who is still at the facility.

"We do have trained surveyors trained to go and review facilities to make observations and decide what the appropriate care or to meet standards in place," Huser said.

Two months later surveyors returned. They found the home did not reach compliance and the government denied Medicare and Medicaid payments for new admissions, and the home was slapped with a rather large fine, 850 dollars a day to be exact. The home finally reached compliance on July 23rd.

"That's one of the reasons myself and my department exist is to go and do the regulatory aspects and to monitor that care," Huser said.

More recently, according to the Medicare Compare website, Kings Sons and Daughters was inspected in August.  They were cited for nine different things including medication issues, as well as providing care in a manner that keeps or builds residents' dignity and self-respect.