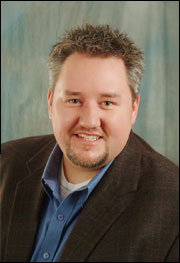 Since 1994, Dr. Knight has treated literally thousands of acute and chronic cases just like yours.  His patients include everyone from babies to seniors.  He's even treated four generations of the same family!

Dr. Knight said that most of his patients come to see him because they have neck or back pain from a variety of causes. He feels they are pleased to see that chiropractic adjustments not only relieve the pain, but also improve their overall health. Dr. Knight says that only the body has the ability to heal itself and that chiropractic maximizes the health potential of the body to do that.

Parents bring their young children to Dr. Knight for evaluations of scoliosis and early detection of other problems that chiropractic could help.

In addition to treating children, Dr. Knight works on sports and exercise-related injuries, Lower Backpain , neck/whiplash injuries, headaches, tingling and numbness in the arms or legs, and carpal tunnel syndrome, among others.

Along with providing his patients with quality chiropratic care, Dr. Knight tries to make them feel relaxed in this friendly, family like atmosphere.

He became interested in the field after becoming a chiropractic patient as a result of a sports injury in grade school. The adjustment fixed his problem and he found his career.

Dr. Knight attended both DallasBaptistUniversity and Parker College of Chiropractic. He holds a B.S. Degree in Anatomy and Doctor of Chiropractic degree from Parker. He graduated valedictorian of his class at GladTidingsChristianSchool.

Dr. Knight has been in practice in Denison at the same location since 1994. In January of 2005, Dr. Knight was recruited by the leading chiropractic consulting firm in the country, Integrity Management.  Now he is able to use his knowledge and expertise to help doctors and patients from across the nation from right here in Denison!

Active in the community, he is a member of the Denison Rotary Club, and the Denison Chamber of Commerce.