Texoma war veterans: Our job from the home front 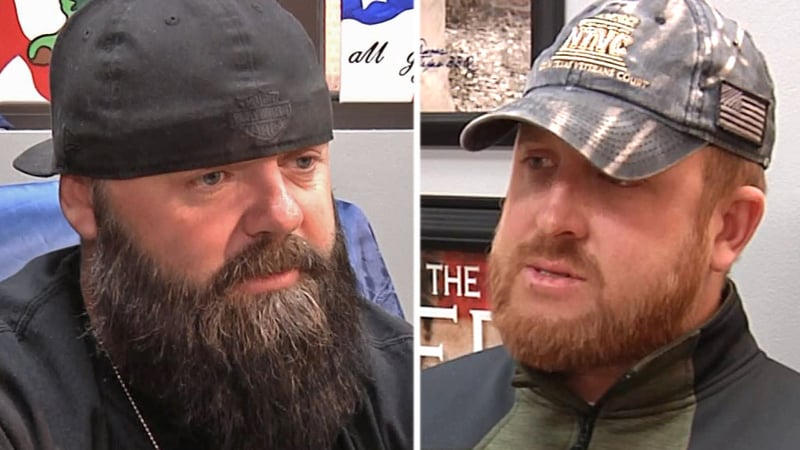 It's something we all know, but heroes like Zack Brown and Colt Floyd can really relate.

Brown was deployed to Iraq in 2003 and went back multiple times.

These two men know the Middle Eastern landscape all too well, but they now know that their duty is offering support from the home front.

"That's probably the hardest thing for me, is just fighting the feeling to go back over there and serve my country again," Brown said.

Two men who have had boots on the ground know the area and know the mission.

"You're exposed to what some of those are in harm's way right now could easily be exposed to, and that's death... that's losing a buddy," said Floyd.

In light of the recent activity with Iran and the deployment of more troops, the two Texoma veterans know how war can affect soldiers post-combat. They say when they were fighting for their country, the day-to-day events they experienced weren't this politically charged.

"These guys are prepared for mortar attacks, missile attacks... we get them all the time over there, it's just another day," Brown said. "It's a combat situation, and they're walking into a very volatile situation that's politically on fire right now."

The war veterans stress the biggest concern during this time are those brave souls fighting for America.

"The forces that are being deployed are typically a kinetic fighting force... the best fighting force in the world." Floyd said. "That's something we as American people can be grateful for, to have a formidable fighting force protecting us."

Brown and Floyd say the troops and their families need the entire country more than ever right now.

"The community is there for the people that are deployed; that's the No. 1 thing right there," Brown said.