Upgrade ahead for Ardmore avenue 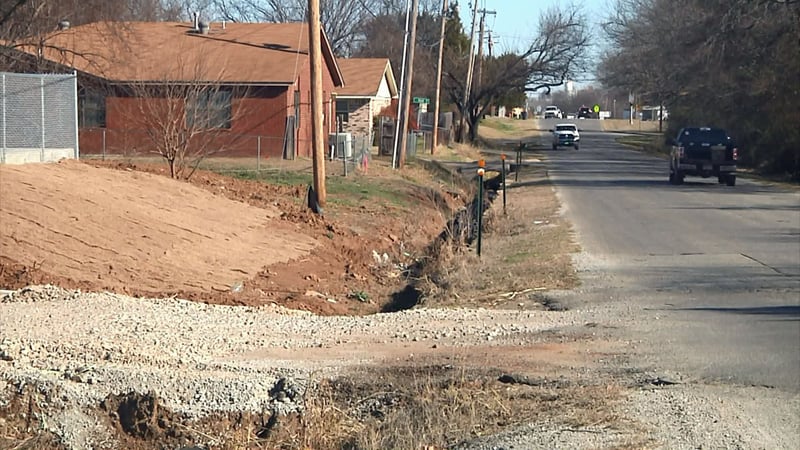 Workers will install a new storm sewer along Monroe Avenue in Ardmore. (KTEN)

City commissioners approved a nearly $200,000 bid for a new storm sewer along the street. The plan is to improve drainage and help fill in a hazardous roadside ditch.

"In hopes of making that street safer, as well as improving the flow of traffic around the school at Monroe and Mount Washington," City Engineer Tom Mansur explained.

But that's only the beginning.

"Following that, we would like to then put in curb and gutter and widen Monroe from Washington to Mount Washington," explained City Engineer Tom Mansur.

Because Monroe Avenue runs past some neighborhoods and apartment buildings, some blocks will have to be closed off during the project, but it's expected to be a one-day inconvenience.

"So folks can get back to the house the evening, but yes there will be some traffic detour on that job in particular," Mansur  said.

Construction on the Monroe Avenue project should start by the end of the month, and Ardmore residents can look forward to additional infrastructure improvements.

"We're going to put in a storm sewer from M to R on 8th Street, and that'll be a major effort," Mansur said. "The design for that is almost complete."