Top general: Letter suggesting US would withdraw troops from Iraq was 'mistake' 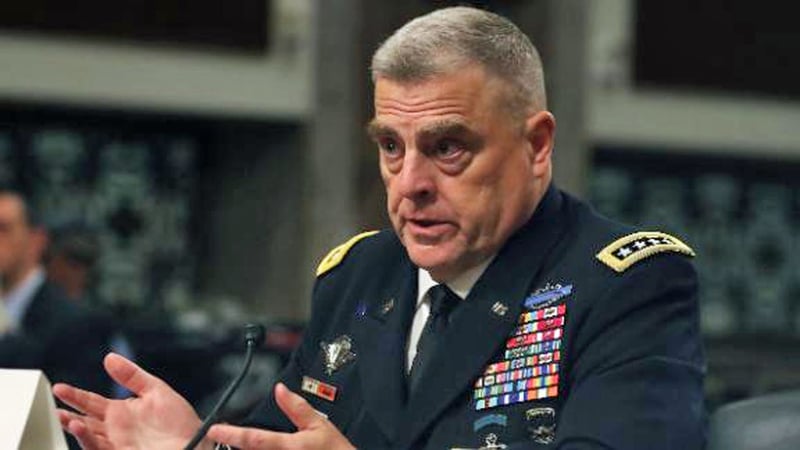 (CNN) -- The top US general said Monday a letter suggesting the US would withdraw troops from Iraq was released by mistake and poorly worded, telling reporters "that's not what's happening."

Chairman of the Joint Chiefs of Staff Gen. Mark Milley scrambled to address the confusion that began after the leak of an unsigned letter from the US Command in Baghdad notifying the Iraqi government that US troops were being repositioned in the region.

It seemed to suggest American forces were being moved out of the country and fueled an immediate wave of questions as US officials in Baghdad confirmed its authenticity but said it did not indicate US troops were being withdrawn.

At the Pentagon, Milley and Defense Secretary Mark Esper were asked about the letter by reporters.

"We are repositioning forces throughout the region," Esper said. "That letter is inconsistent of where we are right now."

But the confusion lingered even after the two men left the Pentagon briefing room and persisted until Milley returned to clarify further.

"That letter is a draft. It was a mistake, it was unsigned, it should not have been released ... (it was) poorly worded, implies withdrawal, that is not what's happening," Milley said.

"It's an honest mistake ... it should not have been sent," he added.

Ultimately, it became clear that the US had not ordered troops out of Iraq but had sent notice that some of its forces would be repositioned.

A US official in Baghdad told CNN that the letter was a notification about repositioning of troops from one place to another. The official said that such notifications are standard.

The move comes after Iraq's Parliament voted nearly unanimously to force the government to work toward the removal of US and other foreign troops inside the country, a clear rebuke to Washington over the strike that killed Iranian commander Qasem Soleimani.

This story is breaking and will be updated.