One dead, others wounded in Austin stabbing incident 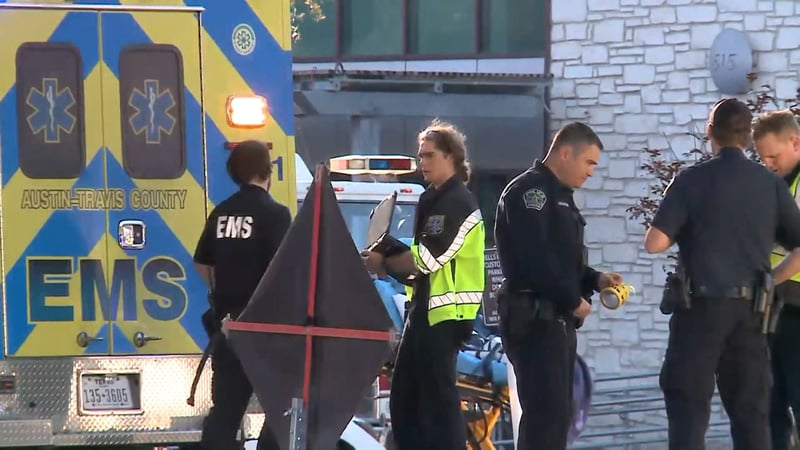 The scene of a multiple stabbing incident in Austin on January 3, 2020. (KXAN via NBC News)

(CNN) -- One man was killed and several people stabbed during an incident in Austin, Texas, officials said Friday.

The incident began at 7:49 a.m. local time, when two people at Bennu Coffee Shop on South Congress Avenue got into an "altercation," said Sgt. David Daniels of the Austin Police Department in a news conference Friday. The disturbance escalated, with other patrons at the shop intervening and detaining the suspect.

But when the first police arrived, Daniels said, the suspect broke away and ran toward Freebirds World Burrito, a nearby restaurant.

Police chased but lost sight of the suspect. As additional officers arrived to help with the search, they began to receive calls that there had been a stabbing at the burrito restaurant, Daniels said.

Once officers got inside the restaurant, they found two victims who had been stabbed -- including one who was pronounced dead at the scene, Daniels confirmed. He was in his 20s, Austin-Travis County EMS said.

The suspect continued to run, getting on top of the roof of a nearby business and jumping off, Daniels said. The suspect was injured and is in custody.

In total, three people were taken to a hospital for treatment: the suspect; the victim at the burrito restaurant; and the first victim at the coffee shop who was injured but not stabbed, Daniels said.

The stabbing victim is in his 50s with a life-threatening wound, Austin-Travis County EMS said.

The incident occurred in the 500 block of South Congress Avenue, officials said.