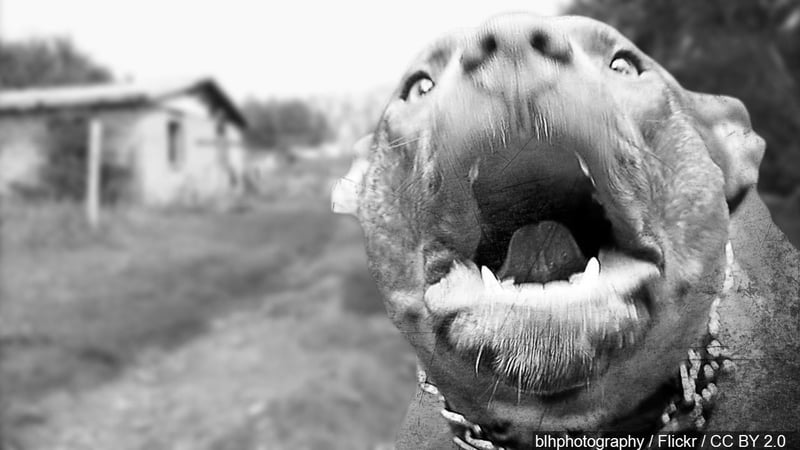 Alan Bruce was mauled by three dogs outside a mobile home in Bennington, Oklahoma, on September 28, 2019. (KTEN photo illustration)

He had been walking in the 400 block of Nail Street on his way to visit an acquaintance when the canines attacked. Their owner was not home at the time.

Investigators it was more than an hour before someone found Bruce mortally wounded.

"He had severe trauma; bite marks to his trunk and head and arms with just massive trauma," said Bennington police Chief James Heil. "It was the most gruesome thing I've ever seen in 18 years of law enforcement."

As the officers approached the victim, Heil said three dogs started charging at them and they had to open fire in defense.

One of the dogs later died.

"The others ran off underneath the house," Heil said. "The owner has been ordered to quarantine those dogs."

Bruce was airlifted to Medical City Plano on Saturday afternoon and died as a result of his injuries on Monday morning.

The attack happened in Don Wright's front yard. He's an acquaintance of the victim and the owner of the dogs.

Because the incident happened on private property, the district attorney will determine if any charges will be filed against the dogs' owner.

Five dogs on the same street had attacked a 15-year-old boy last Thursday. He will recover, but those dogs were supposed to have been quarantined for 10 days.

The original story has been edited to correct the name of the victim.