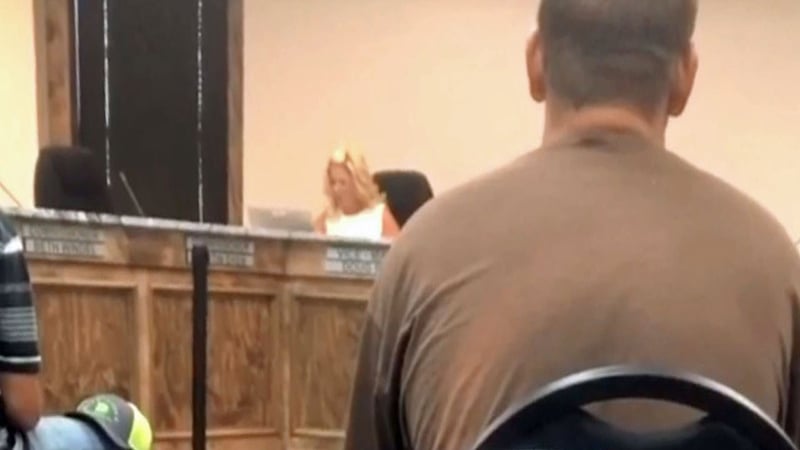 ARDMORE, Okla. -- Ardmore municipal judge Julie Austin is at the center of controversy after being accused of violating constitutional laws.

Criminal defense attorney Jason May was in the courtroom on September 4 when he took a video that allegedly shows Judge Austin forcing defendants to pay their full fines in order to be released form jail.

This practice creates what many lawyers term a "debtor's prison," which May argues is illegal under the U.S. Constitution.

"Basically, you can't just order someone to pay. You have to conduct a hearing to determine their individual ability to pay, and then you have to give them the opportunity to be released so they can make those payments," May said.

The attorney sent his video to the Institute for Constitutional Advocacy and Protection at Georgetown University Law Center in Washington D.C. The institute then contacted the City of Ardmore.

"They took action and sent a letter to the city threatening legal action if something wasn't done about this practice," May said. "If they were to sue the city, the city would not only have to pay those individuals for being wrongfully arrested or wrongfully imprisoned; they would also potentially have to pay the money back."

The city is giving Judge Austin its full support, and is working to clear the air around this controversy.

"We do not think the judge has done anything wrong, or there's been anything performed wrong in our municipal court," Assistant City Manager Kevin Boatright said.  "However, we have sought outside legal counsel."

Ardmore City Manager J.D. Spohn released a statement Friday afternoon stating that May's observations were based on cases and circumstances that were "somewhat unusual and not the prevailing practice of the Municipal Court."

He added that new procedures in place starting Friday "will aid in ensuring that the rights of each person appearing in Municipal Court are protected."