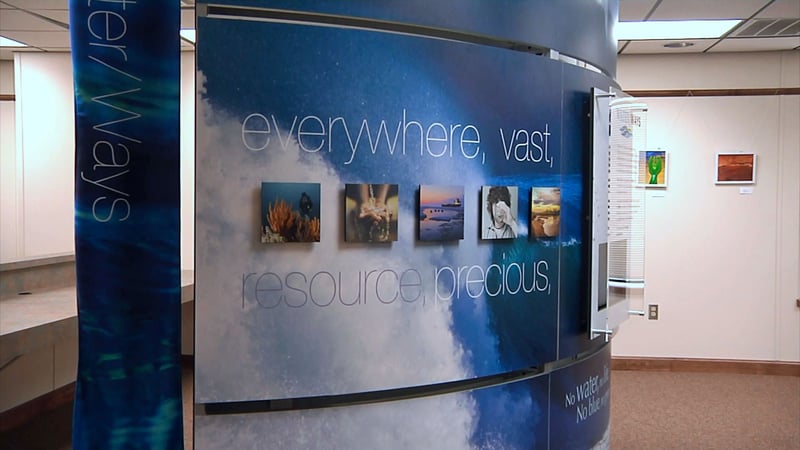 ADA, Okla. -- A taste of the nation's capital has made its way to Pontotoc County.

A traveling Smithsonian exhibit about water is now on display at the Ada Public Library. Ada is one of five rural areas in the state to host Water/Ways thanks to a grant from Oklahoma Humanities.

Zachary Crabtree toured the exhibit and had a lot of fun learning all about water.

"I've learned a lot from when I skimmed through it," he said. "I recently learned today that cell phones use water to help create them."

Crabtree hopes this exhibit will be a big success in Ada, and that people around town will share his curiosity.

The Water/Ways exhibit is open during all regular library hours and runs through October 12.