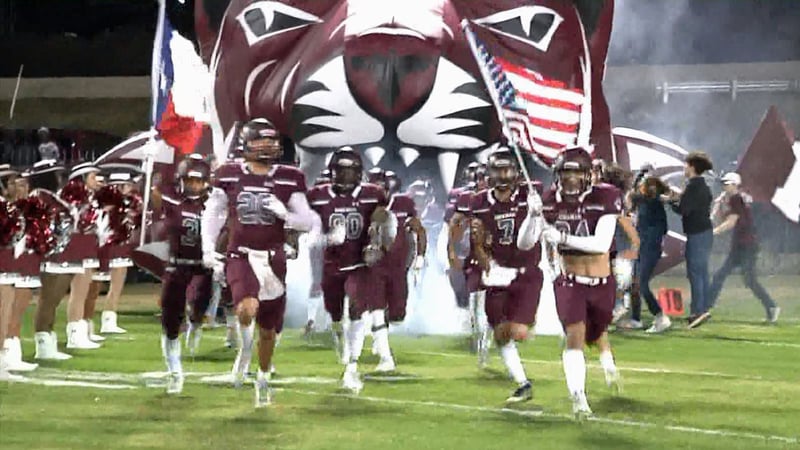 The Sherman Bearcats are hosting the 2019 Battle of the Ax. (KTEN/File) 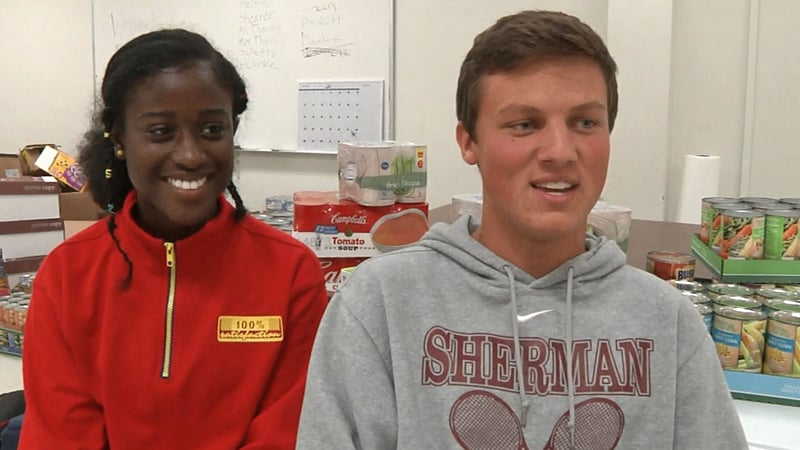 Sherman High School seniors Tianie Dacosta and Nick Estes are excited about the 2019 Battle of the Ax. (KTEN) 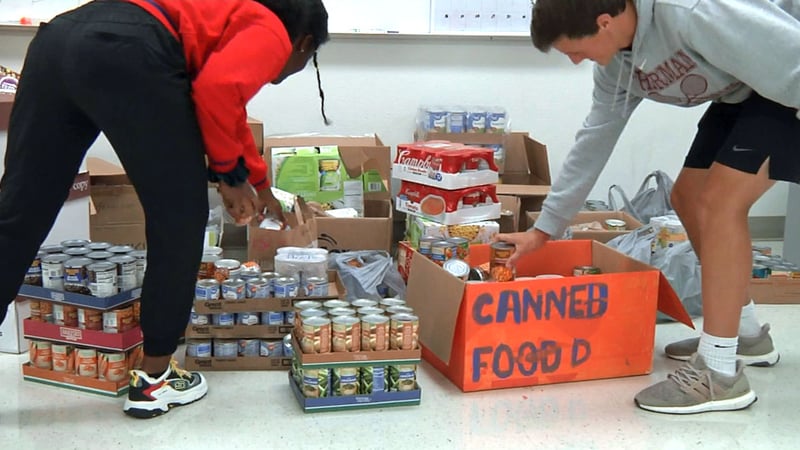 A canned food drive competition is part of the Battle of the Ax activities. (KTEN)

SHERMAN, Texas -- You can feel it in the air: High school football is back.

It's a big deal on both sides of the Red River, but Texas teams kick off the 2019 season this Friday.

And there's no bigger game than the Battle of the Ax, the state's oldest high school rivalry, pitting the Sherman Bearcats against the Denison Yellow Jackets.

"It's such a big deal we look forward to it 364 days out of the year," said Nick Estes, a member of the Sherman High School student council. "You just have to be there to experience it."

"This rivalry has been going on for years," added Denison Independent School District spokesman Brian Eaves. "We take it seriously, and we love it and enjoy all of the energy and all the pieces and parts of it, but it's still just a game, and we're still just there to have a good time."

The excitement is obvious when it comes to ticket sales. Eaves said fans lined up around the building to secure their seats.

"We were given a limited amount of tickets from Sherman because Sherman is hosting it this year, so, the visiting team gets a limited number," he said. "Ours sold out over here in a matter of minutes."

The big game on Friday isn't the only competition between the schools this week. They are trying to see which side can collect the most canned goods as well.

"We've been trying to come together and reach out to as many organizations as possible to help with the BOTA canned food drive," said Sherman High senior Tianie Dacosta. "Hanging up posters, getting the word out, and get as many people involved in the school as possible."

Denison has come out on top in both the game and canned goods over the past few years, but Sherman is in it to win it for 2019.

"Denison has a great system in place, so I can't argue that, but we have really stepped up our game this time, so it's going to be a close one," said Sherman High student council advisor Gena Graham.

As the Battle of the Ax countdown continues, there's a palpable sense of anticipation.

"This is Sherman, and we are excited," Sherman ISD spokeswoman Kimberly Simpson said. "BOTA is on Friday and everyone is ready for it, and we can't wait to just cheer our team on."

The only place to get tickets for Friday's contest is at Bearcat Stadium at 6 p.m. Friday.