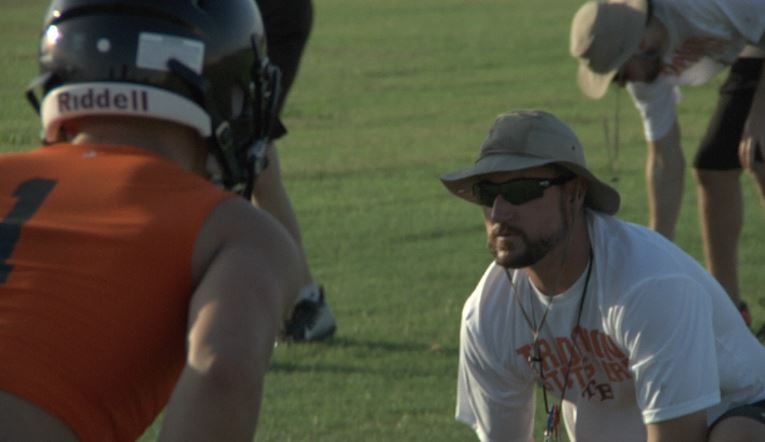 The Tom Bean Tomcats have a chip on their shoulder heading into the new year.

"(We want to) make the playoffs, hopefully change things around this community," Tom Bean junior Zach Lusk said. "Just to bring a winning passion around here, keep the heads up."

Enter Zach Wood, who has been with the program for four years and was promoted to the head coaching spot this past spring.

"He's been a really good one," Tom Bean sophomore Ryan Weems said. "He pumps us up and does everything he needs to do. It's been pretty much electric. It's been crazy."

After scoring only 127 points in what would be a 1-9 season, Wood says there will definitely be some changes.

"We're expecting big things from Bryce Grier, Zach Lusk, Michael Cooper just to name a few," Wood said. "We're going to have, hopefully, a totally different offense than we did last year. We're going to put up a lot of points."

The Tomcats are hopeful that combined with a five-team district means a return to the playoffs is on the horizon.

"One thing we are stressing to the community is that we are all in this together," Wood said. "What we mean by that is the community, the team, the coaches, the school we are all in together. Trying to make sure that this football season is a success."

Tom Bean opens on August 31st on the road against Tioga.