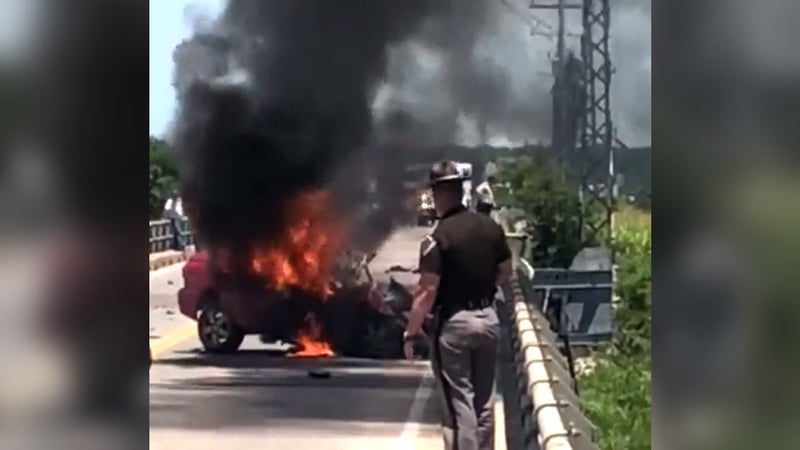 A trooper looks on helplessly as a car burns on the Roosevelt Bridge on June 21, 2018. (Courtesy Roy Wulf) 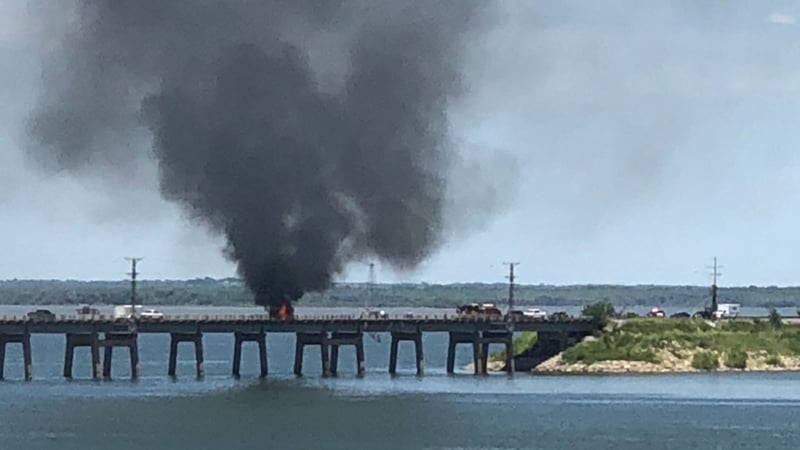 Emergency vehicles on the Roosevelt Bridge after a crash on June 21, 2018. (Courtesy Ryan Champman) 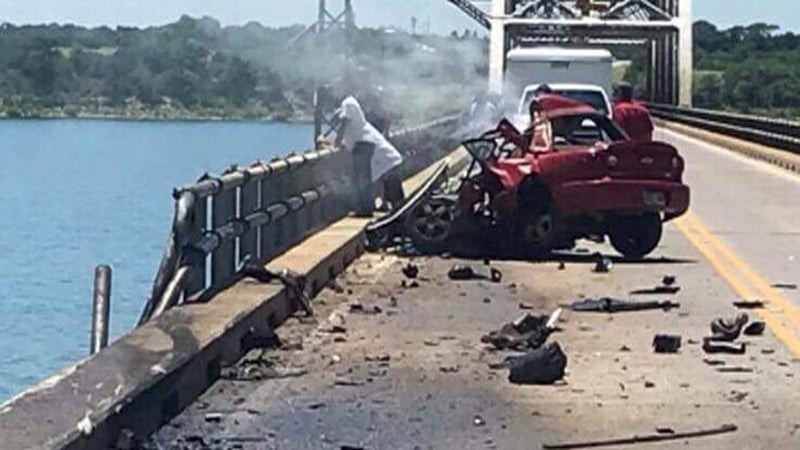 A fiery crash shut down the Roosevelt Bridge over Lake Texoma on June 21, 2018. (Courtesy Rylee Dailey) 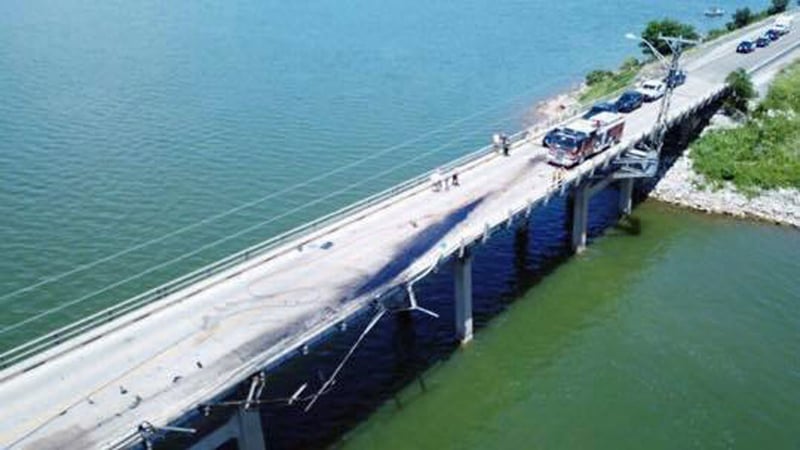 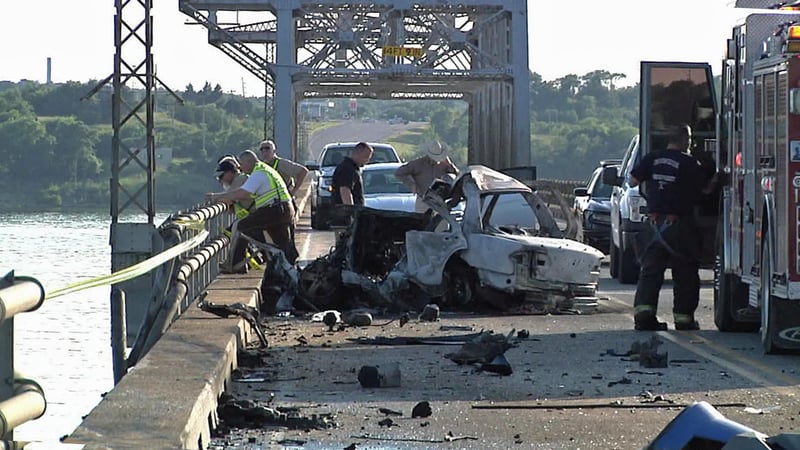 At least two motorists were killed when a car collided with an 18-wheeler on the Roosevelt Bridge over Lake Texoma on June 21, 2018. (KTEN)

Stormy weather forced rescue teams to suspend their search for one of the two victims.

The Oklahoma Highway Patrol reported the wreck just before 2 p.m. Thursday on U.S. 70, which links Durant with Kingston.

Troopers said the driver of a 2004 Chevrolet Cavalier was pinned in the wreckage after it collided with an 18-wheeler on the eastern side of the two-lane span.

The truck crashed through a guardrail and plunged into an estimated 50 to 60 feet of water.

The driver of the truck has not been located, but is presumed to have died.

The names of the victims were not released, and the cause of the crash remains under investigation.

Oklahoma Highway Patrol Lt. Scott Hampton said there was a "hazmat spill" in the water from the wreckage of the truck, which was hauling a load of paint. The spill was moving south on the lake.

Divers were trying to determine if the truck and its cargo were structurally safe enough to try to float to the surface for removal.

Environmental authorities were using booms to contain the spill so the contents can be removed from the water.

The Oklahoma Department of Transportation said the bridge will be closed to traffic until further notice. Engineers were assessing structural damage -- which includes a stretch of guardrail that was stripped from the south side of the bridge.

"I was just on the bridge. Had to turn around after sitting for a hour," motorist Katy Lou Powell said in a post on KTEN's Facebook page. "Prayers to the family of the people involved."

Alternate routes include State Highway 199 between Madill and Cobb in Oklahoma and U.S. 82 between Sherman and Whitesboro in Texas.

A trucker died Saturday in a fiery crash on U.S. 70 just west of the bridge, which was built in 1948 and spans nearly one mile across the lake.