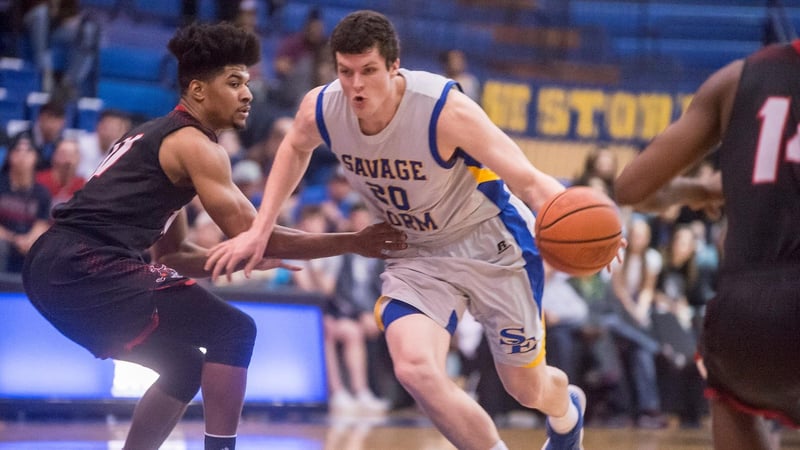 DURANT, OK – Southeastern used a 9-0 run to take a late lead, but was unable to hold onto it in a 77-74 loss to Northwestern Oklahoma State on Senior Night Saturday in the regular-season finale in Bloomer Sullivan Arena.

The loss drops the Savage Storm to 14-13 overall on the season and 13-9 in Great American Conference play and makes them the No. 4 seed heading into the GAC postseason tournament where they will face fifth-seeded Arkansas Tech at noon on March 2 in Bartlesville, Okla.

Southeastern was led by Kevin Buckingham who turned in 21 points on 6-of-12 shooting and an 8-of-8 night at the free throw line.

He was followed by Adam Dworsky who put up 16, while A'Torey Everett added 13 and Jett Jobe chipped in 12.

Buckingham and Myles Nesbitt led the way on the glass with matching game-high totals of seven boards while SE held a 38-to-26 edge on the boards as a team.

NWOSU took control early and eventually jumped out to a 19-8 lead at the 14:32 mark of the first half.

The storm would turn it on down 10 with just under 12 to go in the half as a Jobe three would kick off a 10-0 run capped by a pair of Buckingham free throws which tied the game at 22-22 with 9:37 to play in the first half.

The Rangers would again sneak out to a five points lead, but SE again found an answer with another 10-0 run, this one capped by a Dworsky layup to give the Storm a 38-33 lead with 3:27 to go in the half.

Unfortunately, NWOSU would finish the half on a 10-1 run to take a 45-41 lead at halftime.

NWOSU would recover and take a two-point lead with 1:11 to play, but a pair of Everett free throws with 50 seconds left would tie the game at 74-74.

Unfortunately, the Rangers would score the final three points of the game and hand SE a 77-74 loss.