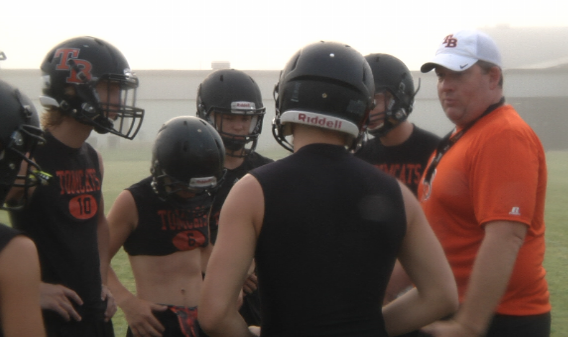 TOM BEAN, TX. -- The Tom Bean Tomcats exploded onto the scene last season during district play, finishing as one of three teams with a 5-1 record.

"We haven't had a whole lot of success before, but now we are getting a lot more success. I'm proud of that," Tom Bean senior Alec Narro said.

"They are a close-knit group," Tom Bean Head Coach Tim McFadden said. "They jumped up last year and tied for a district title. They've instilled our core values of the best me for the team and they are really embracing that."

McFadden takes over the squad in his first year as a head coach. Although he wasn't an internal hire, he is still familiar with the Tomcat pride.

"I had watched Pepper (Nix), watched these kids and competed against these kids at Pilot Point," McFadden said. "I love Grayson County and the kind of kids it has. It was a great opportunity for my family and myself."

"It's been very exciting," Narro said. "I really enjoy the new defense he has put in."

And the Tomcats have more goals in mind for 2017.

"I expect us to at least get the district championship," Narro said. "Hopefully nothing less than that and one or two rounds into the playoffs, too."

"The only reward for football is more football," McFadden said. "Going into every season it's about getting to an 11th game. We can be a really good ball club, we have to make sure we're good at the things that don't require a lot of talent, the small detail oriented things. If we can get those down, the sky is the limit."