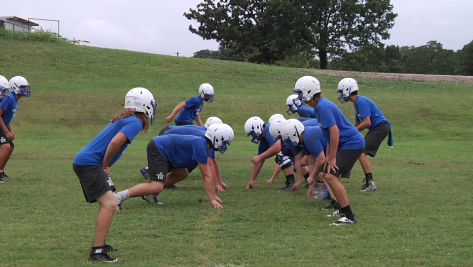 DICKSON, OK - Dickson football has one main goal after a tough 2016 campaign, find any way into the playoffs.

“We’ve been talking about that since spring football. Like last year was not a good year, but we’ve talked about that and we’ve discussed it so it’s something we’re going to use as a learning lesson,” said Dickson head coach Steve Day.

“One of the goals is playoffs, but really I think our main goal is each Friday night because if we focus too much on the end of the season then we lose focus on what’s right in front of us,” said senior Cole Watkins.

“The playoffs are always the goal, but we are going to approach it game by game,” said Coach Day.

There is even more focus and energy headed into their first game due in part to a youth movement beginning in the Dickson football program.

“We had a lot of new guys come in that are a lot faster than what we have had with a different skill set,” said Watkins.

There is certainly reason for excitement if you are a Dickson football fan.