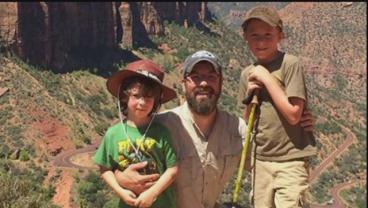 Police in Sherman confirmed this afternoon that yesterdays incident that left a family of 4 dead inside their home was an apparent murder- suicide.

Police said the Dallas County Medical Examiner's office has confirmed the findings of their investigators. Yesterday police found the bodies of Kelly Russler, her husband Malachi and their 2 sons Laing and Jayden inside their home in the 2600 block of Rivercrest Drive.

Police say Malachi shot his wife and two kids to death and then killed himself.

Both of the children who were killed went to school in Sherman. Today counselors were on hand to help their school-mates deal with the tragic loss.

People across Sherman are in shock after hearing that a family of four was found dead in their home Monday afternoon, including two little boys that have spent their short life at two local schools.

"In this situation it was simply having a team together that's school counselors and also school psychologist that are trained in the area of grief counseling," said Sherman Assistant Superintendent Dr.Tyson Bennett

Dr.Bennett says there was a lot of hugging and tears shed but they were prepared after losing a child that's been with the school since kindergarten.

"The situation is going as well as could be right now. We are there to simply provide that support for students listen to them love them and care for them," said Dr.Bennett

The younger boy, Laing Russler attended the Montessori Academy of North Texas. Tuesday they released a statement saying "we are deeply saddened by the tragic loss of one of our students. Our condolences go out to the extended family."

Sherman I.S.D. also provided counseling for the academy to help their students get through a tragic time in all of their lives.