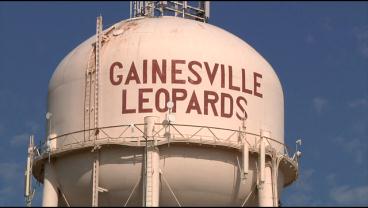 GAINESVILLE, TX--Gainesville police are investigating a shooting that left a suspected burglar dead after they say he was shot by a homeowner Tuesday morning.

To shoot, or not to shoot? That is the question, and Texans are sounding off in support of a Gainesville homeowner who made the decision to use deadly force against a burglar Tuesday morning.

"I mean, it's your family, you've got to protect them," said James Stubblefield, who supports the right to use deadly force.

Police aren't releasing many details at this time, but say the home invasion happened inside a home in the 1100 block of Hillcrest Boulevard about 2 A.M. The suspect is identified as 20-year-old Dakota Ray Huckaby of Gainesville.

Belva McClinton with Gainesville police says the homeowner told officers over the phone he had shot the intruder.

"Officers did arrive on scene and located a male laying in the backyard of the residence," said McClinton. "He succumbed to his injuries, so they did not transport from the scene."

Family members at the residence didn't wish to speak to the media, but they told us that the homeowner is the father of a 9-year-old boy, and he made the choice he felt necessary to protect his household--a decision that locals say they understand.

"We have the right to protect our castle, and we would," said Barbara Stubblefield. "I don't see that well anymore, but I'd take the best shot I could get off."

"I support protecting your own property, your own rights, because if you don't protect yourself nobody else will," said Richard Brown.

McClinton says a grand jury will likely decide whether the homeowner's actions were justifiable.