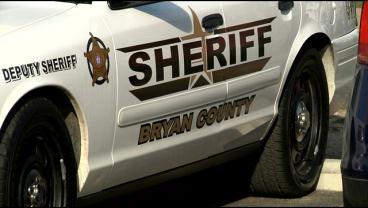 DURANT, OK -- We're learning about claims of inappropriate behavior that one employee says is causing a security risk to employees inside a Texoma jail.

The employee tells us that a boss at the county jail in Durant has been acting in a suggestive way, causing enough discomfort that several employees are now considering filing a lawsuit.

A Bryan County Sheriff's office employee who is fearing consequences asked not to be referenced by name. "We're there to represent law, and this is breaking a law," the employee said.

The employee says it was time to speak out about the actions of a manager inside this jail. "Fondling, hugging inappropriately, touching body parts on some of the women as well as the men, nibbling ears, blowing in ears, that sort of thing," says the employee. "Being flirty and promiscuous at work and of all places a jail is no place for that."

The employee tells us that it's more than just a pat on the back. "More of groping and coming up and full frontal hugging people, married people, people that are not married," the employee said. "She's touched them on their breasts and nibbled on ears."

Sheriff Ken Golden says he did have an officer here at the jail who was behaving aggressively, but that he spoke to her and he considers that the matter has now been settled internally.

"Most of them have told her no but some people are scared to say anything to her, because people have been fired recently and demoted," the employee said. "It's a physical contact that makes people uncomfortable and it's sexually charged and that's the main thing. I mean, there's no degree of what's okay and what's not okay. It's up to the person that's being touched."

Golden didn't want to go on camera with KTEN, saying it could threaten security and create a more hostile work environment, but one employee says the risque behavior is the real threat.

We're told by that employee that everyone who works there is being interviewed about the potential harassment.  Golden tells us that the matter has been taken care of.