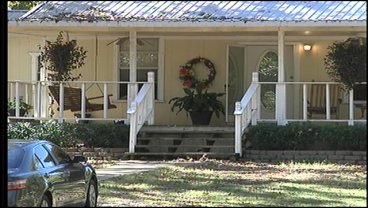 LAMAR COUNTY, TX-- A murder-suicide in the small town of Powderly, Texas shocks friends and family and leaves a 9-year-old boy clinging to life. Deeda Payton has the latest.

According to the Lamar County Sheriff, two women were shot and killed and a child was left severely injured all because of a custody battle.

It all happened yesterday around 4:30 in the afternoon. Sheriff B.J. McCoy says a family member who witnessed one of the shootings called 911.

The sheriff says Salida Young shot her 9-year-old son, Dalton, in the head at a house off Northwoods Road. Then she left him for dead and drove down the road to her estranged husband's home where she shot his girlfriend in the neck.

The violence ended with a final shot. Authorities say young committed suicide next to her son. "From the information we have she did this to get back at the husband for having a girlfriend and she was in fear of losing a child in a custody battle and she did not want him to have him," said Sheriff McCoy.

The sheriff says since there were witnesses and both died of gunshot wounds, the judge did not order any autopsies.