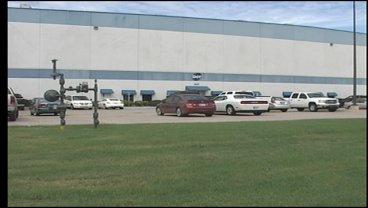 ARDMORE, OK-- A 36 year old man has died, after a forklift accident at DOT Foods in Ardmore.

It happened Monday, about 3 o'clock in the distribution warehouse.

Jason Chastain hit something with his forklift, and became pinned.

First responders took Chastain to Mercy Memorial Hospital, then attempted to airlift him to another hospital but he died shortly after.

DOT Foods spokesman, Bill King, tells us they still don't know how it happened but King says they have launched a full investigation.

He says this is a very tough time for DOT Food employees.

King says Chastain was a tremendous person, good friend and employee and says it's a great loss for the DOT family.

Right now he says they're doing everything they can for his family and fellow employees and says it's a very, very sad time.

Their condolences, of course going to the mans family and friends.