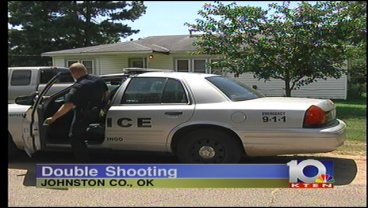 TISHOMINGO,OK--Just after 10:20 Saturday night, Tishomingo police received a call of a domestic dispute. The wife is still recovering, but the husband was pronounced dead at the scene.

On the 600 block of South Murray Street, police say a man shot his wife in her upper torso.

When police arrived, they say he shot himself in the doorway of his own home. The couple's three children were present.

The three children are now with relatives.