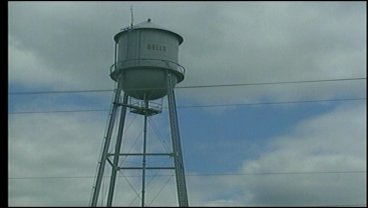 BELLS, TX- - The small town of Bells, Texas is preparing for a significant election, 17 people have filed to run for three different positions:  city council, school board, and mayor.

That's a lot of people running in one little town.
One woman spoke about how this city is trying make sure everyone is educated when they head to the polls.  She says it's old fashioned democracy, and she feels it's important for voters to be informed, to know who they're voting for.
And she and other residents are now planning an event to introduce the candidates to the residents.
Bells resident Kathy Keeton said that after realizing how many people were running in the May 8th election for Bells City Council, school board and mayor, she decided something needed to be done.
"This is a lot, you know you have 17 people running for 6 open positions. That's a lot of people who have agendas, if you will, maybe it's for change, maybe it's for their own personal reasons, I don't know," she said.
The town only has about 1,200 residents.  But Keeton wasn't familiar with any of the candidates.
"I thought I don't know any of these people. The only ones I know were the ones already on city council, and so I started calling people on the telephone and just asking them why they were running," she said.
The problem though? With17 candidates, she was having a hard time getting in touch with people.
So at the last Bells City Council meeting she and several other residents proposed having a public meeting.  The school district opened its campus for the meeting.  The forum will be Thursday at 6 p.m. at the Bells Junior High commons.
Keeton said all the candidates have been notified.  And she's hoping everyone will take advantage of the forum.
"You know, hopefully we will have a turnout so that people who are concerned about candidates and want to hear their views will be able to attend and ask questions," Keeton said.
All municipal elections in Texas are set for Saturday, May 8th. The precincts will be open from 7 a.m. to 7 p.m.