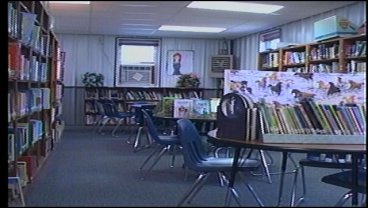 We told you Thursday night the Milburn School District is going to a four day school week for the month of April, and in turn, it could save the district about $8-thousand.  And that's just the beginning. Turns out, they might not be the only district either.  Meredith Saldana spent the day digging into what it could mean for your kids and for other school districts as well.

The Milburn School District says the Oklahoma budget cuts are the worst they've ever seen, and they're taking a proactive stance to save their district.

The district has 210 students, and the state budget cuts have deeply affected the district who says they were already looking for areas to cut back.

This week, they sent out letters to parents saying students would have every Friday in the month of April off.

"I think it's gonna be a good deal I think because the kids are gonna enjoy it and they get to spend more time with their family."

It's a decision that's saving the district thousands, but Friday's aren't the only thing being cut.

Milburn Superintendent Jon Holmes says, "We are actually going through a reduction in force that will prepare us for saving money next year.  I'm going to cut out approximately $100,000, just a little more than that, out of next year's budget in personnel."

The budget crisis has forced the district to have to cut about 5 positions by next year.

Superintendent Holmes says cutting staff is always a tough decision but it's especially hard for the small town and school district in Milburn, Oklahoma.

"Oh yeah, I mean you know the people personally.  You know their families personally and it definitely has a negative impact on the community and the outlining areas for sure."

Holmes says he spoke with the superintendent of Mill Creek schools.

They're just north of Tishomingo and he says their district has already cut several days from their calendar year to save money as well.