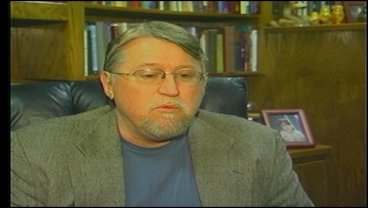 DURANT, OK -- A local church is reacting to allegations of sexual abuse against one of their parishioners. Deeda Payton reports.

OSBI agents arrested Billy Ray Smith last Wednesday on charges of second degree rape and two counts of sodomy. In December, Durant Police arrested Smith on multiple counts of forcible sodomy from incidents that allegedly happened between Smith and a minor child in Durant. In addition to his teaching duties, Smith also served as a youth worker at the Calvary Baptist Church in Durant for several decades.

The pastor wants to clarify that although Smith has been a member for about thirty years, that he was never a paid youth minister. He was just a volunteer, what they call a youth worker. He says the church is praying for Smith, and the family that reported the alleged incident.

The pastor of Calvary Baptist Church in Durant, Darel Bunch, says he has received several calls from concerned parishioners since Billy Smith's arrest. Pastor Bunch wants to make it clear that Smith was never a paid employee of the church or a youth minister. He says Smith was a volunteer, and he acted as a youth worker at the church right up until his arrest, but pastor bunch says they never suspected him for sexual abuse. "Bill had been a member here for 30 years. We'd never had any indication of any wrongdoing before and again these allegations were a shock to us," said Bunch.

Pastor Bunch says thirty years ago when smith volunteered to help with the youth activities, the church was happy to have the help. He says Smith's relationship with the children and teens seemed to be good, but now Calvary Baptist is in the process of implementing background checks of volunteers and staff members.