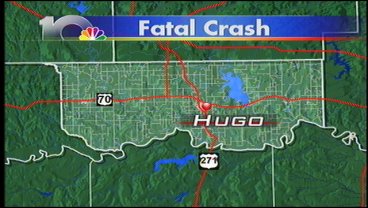 Troopers say John Henry Tidmaore, 64, of Valliant was killed when he rear-ended a semi truck carrying a load of logs. He died at the scene.

The driver of that truck, Ronnie Ray Austin, 58, of Valliant was not injured.

According to the accident report, both vehicles were eastbound on Highway 70 when Tidmaore ran his pick-up truck into the back of the 18-wheeler. Troopers aren't sure what caused Tidmaore to rear-end the truck, saying road conditions were fine at that time and Tidmaore's condition appeared to be normal.