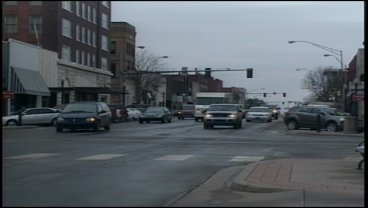 ARDMORE, OK -- It seems Ardmore is bucking the trend of the "dying downtown" where they are instead, welcoming new and expanded businesses and staying ahead of the times.

"Well, I think the Main Street authority and the Chamber of Commerce are doing a great job there." says Main Street supporter, Wendall Ritchey.

"They're always cleaning on it, they're always landscaping. It's something all the time" says Jeadean Fackrell, owner of the Wine Depot on Main Street. Jadean goes on to say "...for one thing I think the railroad. The Flyer comes through here and of course we're only a block away from the Depot... we do in fact, we get together and we talk about how's your business? what can we do to bring more business?"

Fackrell bought a building downtown, 2 years ago. In October of 2008 she opened the "Wine Depot" which is a retail shop with anything and everything having to do with wine. Just a couple months ago she added a restaurant appropriately named "The Cellar", underneath her shop.

"It has brought people actually from Oklahoma City and Dallas that come in and say we heard from someone that lives there and we're on our way to another destination and we want to stop and visit your community." - Fackrell

Wendall Ritchey said "Properties and businesses like this are vital. They bring people downtown and keep it from drying up. The atmosphere in here is unbelievable."

Kim Ritchey works downtown and says Main Street is vital to Ardmore's economy. "Oh, they're terribly important if you don't have mainstreet you don't have anything in a town. It just brings it together."

Fackrell says "The Cellar" restaurant has become so busy that by march the restaurant will be open for more than just lunch. They intend to extend their hours to include dinner on Friday and Saturday nights.