Fit For Her Closes but Continues to take Member Funds - KTEN.com - Texoma news, weather and sports

Fit For Her Closes but Continues to take Member Funds 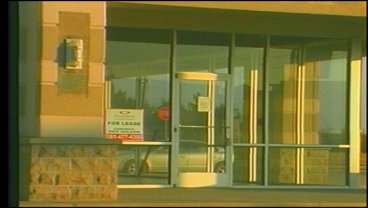 At the start of the new year many people decide to join a gym, but beware of which gym you chose to sign on the dotted line or your could be paying for a service you may not be receiving.

Former Fit For Her member Hannah Parrish says, "Fit For Her withdrew funds from my account from April until November. They told me not to close my account or it would go against my credit. They told me I signed a contract and had to honor that." Another former member Megan Wellspring says, "I have lost hundreds of dollars. I put a stop payment on my bank account but somehow they got though, so I had to close out my bank account all together."

Jim Hall, owner of Nautilus in Sherman says, "Fit For Her never paid us what they were suppose to pay us."

"I told Ben you would keep calling until you reached him so he told me to tell you he has 'no comment'", said Carolyn a receptionist and employee of Diversified Health and Fitness.

This is not the first time Diversified Health and Fitness closed one of its franchises and continued to draft their former member's accounts.

Jim hall, owner of Nautilus in Sherman says, "Diversified Health has a pattern of doing this same type of thing, where they open a franchise and then go out of business and continue to draft the member's accounts."

We spoke with the Grayson County's District Attorney Joe Brown to find out how consumers can take action if they find themselves in a similar situation. He says the first step is to try to cancel you membership. If you cannot, contact your bank to stop payment. If money continues to be withdrawn from your account you can file a police report. Other options include small claims courts or a formal court case.

If you have been affected by the Fit For Her closing in Sherman and want to contact Diversified Health and Fitness you can reach them at 1-800-988-4712.

In the meantime, always remember before you join a gym to research the franchise and the gym's owners. Also, look for articles of recent closures or bankruptcy that will give you a good idea if the gym you are looking into is worth signing on the dotted line. Also, before signing your name always read every word of the contact.