Boy is Bitten by 60 lb Beaver in Durant 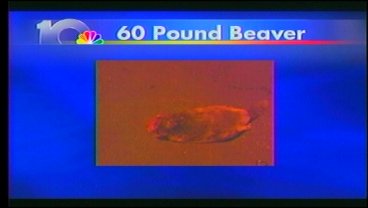 DURANT, OK -- A small child is attacked by a large beaver. Deeda Payton has the details on this bizarre story and the efforts to test the animal for rabies.

The mother is worried sick that her child could possibly have rabies from the bite. She says a beaver attack is not something she thought she would ever have to deal with. "I heard screaming I went to see what was happening. His leg was pretty bad."

Just before six o'clock Saturday afternoon, Tammy Lane's five-year-old son went to bring the family cat in when he was attacked by an animal just outside their apartment in Durant.

Lane did not want to appear on camera, but says her son told her he was bitten by a beaver he had tried to pet, so she rushed him to the hospital and called police. "They didn't believe it was a beaver they thought it was a racoon."

Lane's boyfriend killed the 60-pound beaver with a crowbar, showed it to police and begged them to test it for rabies. Lt. Carrie Wyrick of the Durant Police Department says "We get our share of dog bites, cat bites. This is our first one for beavers."

"I mean you have to imagine it's a big beaver, you have to imagine how big its mouth is. I mean it's teeth! They cut down trees." Lane says the 60-pound beaver was bigger than her 42-pound son and could have easily carried him away. It did take a chunk out his calf.

Now, she is terrified that the animal was rabid and is going to great lengths to have it tested in Oklahoma City.

Lt. Wyrick explains what rabies testing entails."What they typically have to do is detach the head from the body and ship it off for testing."

Lane says she is worried about her son. "My biggest worry is that he has rabies and I don't know. Nobody knows."

Monday, the beaver's head was shipped to Oklahoma City for rabies testing. The family still doesn't know whether or not their son has rabies.

As for how the beaver ended up in town, that's anybody's guess. Local game wardens say they have reports of beavers in Durant all the time, just very few have ever turned up rabid.