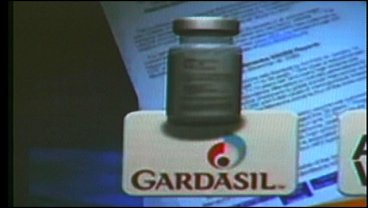 The HPV vaccine Gardasil has been partially approved for boys.  The FDA announced it is allowing boys to take the vaccine, but they are not encouraging it they way they do for women.

Now approved for boys ages 9 to 26, the vaccine will protect males from genital warts not cancer.  So far no boys in our area have chosen to receive the shot.

Dr. David Hayes says boys were a focus from the beginning, but they were not a priority because HPV mainly causes genital warts in males not a life threatening disease like cervical cancer in women.  The partial "ok" hopes to cut down on the spread of the virus from men to women.

Garadsil only protects against 4 strands of HPV, which is only 1/3 of the existing strands and can have adverse side effects such as fainting, dizziness, swelling, joint pain, cough, vomiting, upper respiratory tact infection, muscle pain and the list goes on.

Since the vaccine was approved in 2008, it has received controversial reviews.  It has been administered to millions of American's and reports say over 12,000 adverse side effects have been reported, 6% of which were considered serious.  Concerns from deaths have also been raised, 32 deaths have been reported, but according to the FDA and Merck, the maker of the drug, the vaccine is considered safe.  They say the vaccine's benefits outweigh the risks.

You are encouraged to read all the safety information on the Gardasil website before deciding if the vaccine is right for you.  But remember, the only way to stay 100% free from HPV or other sexually transmitted diseases is abstinence.