$34 Million Bond To Build Or Renovate Grayson Co. Jail Will Go Before Voters 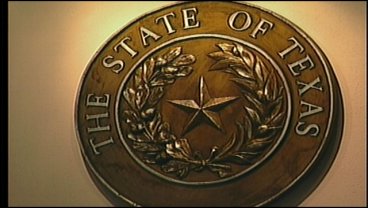 GRAYSON CO., - TX - A big announcement at Monday morning's Grayson County Commissioners Court - a bond election concerning building a new jail or renovating the old one will go before voters in November.

Judge Drue Bynum called for a general obligation bond for $34 million dollars to build a new 750 bed jail facility or renovate the existing one to provide for 750 beds.

If the bond issue passes in November, Judge Bynum, says then the county will give up the private option and the county would either build a new jail or renovate the old one. If the bond fails, the county will continue its private-option plan with Southwest Correctional.

Most people at the meeting were pleased to hear this decision was finally going before the voters, but were discouraged at the stipulations made in the language of the bond - that it had to be $34 million dollars and it had to be a 750 bed facility. Many residents, county and city leaders, including Sherman's Mayor Bill Magers, have questioned if the county needs a jail that large, and believe a smaller facility will do.

Bynum has consistently said the 750 bed figure comes from approval by the Texas Jail Commission over the projected needs for the county in the next two decades.

Commissioner Gene Short did speak harshly of the courts decision to put an obligation bond on Monday's agenda, saying the wording was too loose and he had little time to look over related documents.

We'll have reaction from local leaders and residents on KTEN News at 5.