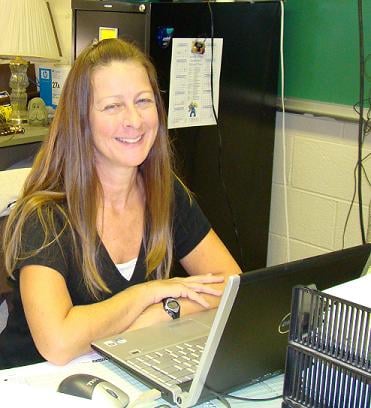 An Antlers school teacher is arrested for allegedly growing marijuana. Now the woman, her husband and her son face charges of marijuana cultivation.

Court papers filed Tuesday in Pushmataha County show law enforcement officials spotted a marijuana field from a helicopter two weeks ago, near the home of John and Katherine Henslee, east of Antlers.

Officers on the ground found the plants on a path that led to the Henslee residence. They also found five more marijuana plants in pots near a shop building on their property.

Authorities found Henslee, her husband John Henslee, 53, and son Alan Henslee, 21, inside the home. According to an affidavit all were questioned and denied knowing about the plants.

According to Antler's school district website Henslee is a 6th grade reading teacher at Obuch Middle School. According to state employment records, her husband, John, is a forest ranger with the Oklahoma Agriculture, Food and Forestry Department. And according to Katherine's page on the Antler's school website, Alan attends school at Southeastern Oklahoma State University.