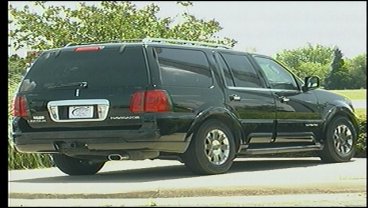 If you look around most dealerships few SUV's and trucks remain on the lot. Dealers say auto makers are just not making as much of them anymore, and have no idea when production will pick up.

There's an SUV shortage at Bob Utter ford in Sherman, and most other dealerships across the nation. Utter says a year ago when gas prices climbed around $4 no one thought the market for SUV's would recover.

"It was the biggest aberration of my 30 year career because all of a sudden we were right in the middle of the summer selling season, and we couldn't sell trucks in Sherman, Texas and this is a big truck market."

But the market has recovered, and dealers can't keep up with demand.

Utter says, "People are calling us and we can't always get them one so it's an odd situation to be in."

When gas wen up Utter says Ford closed a truck plant and began assembling smaller cars. Now, he has plenty of those in stock, but what he can't hold on to are Navigators, Expeditions and premium F-series trucks.

"It's one of those things that kept Ford out of the situation where they have to get government bailout money. It's that we recognized that the market was shrinking and we started shrinking before General Motors or Chrysler. It's a frustrating time and hopefully at the end of the day we'll all be standing when it's over. I know I will because I have to be."

So what does this mean for those in the market for an SUV, you may have to wait a bit longer to drive it home, or opt for a smaller more fuel efficient vehicle which Utter believes will become more popular.