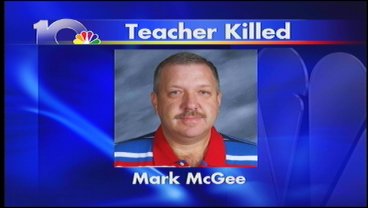 A rodeo announcer and Valliant ag teacher has been killed after a pickup crashed into him while he was riding a lawnmower in McCurtain County, Oklahoma.

The Oklahoma Highway Patrol says 47-year-old Mark Lynn McGee died at the scene of the crash about three miles north of Valliant.

The patrol says 28-year-old Stacy Sloan Whiteley was northbound on a county road when he lost control of his pickup, ran off the road and slammed into McGee.

The patrol says Whiteley was taken to a Texas hospital in serious condition and that alcohol may have played a role in the crash.