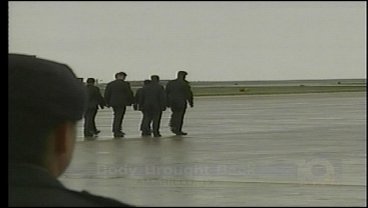 One of five people whom the U.S. Army says was shot and killed by a Sherman soldier in Iraq last week will be buried in his home state of Texas.

The military returned the body of Dr. Matthew Houseal to family members in Amarillo Monday.

The psychiatrist and Major in the Army Reserve was allegedly killed by Sergeant John Russell, of Sherman, at a stress clinic at Camp Liberty last week.

Military officials say Russell was deeply angry when he entered the clinic and opened fire. He now faces murder and assault charges.