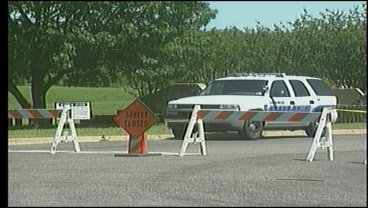 A fisherman made an unusual discovery at Sherman's Herman Baker Park Sunday. The park is now closed after a man spotted an alligator in Pickens Lake.

Sherman Police say it is not uncommon for people to call in alligator spottings every now and then. Typically, they're never confirmed - except for Sunday.

Sherman's Animal Control responded and officials spotted the reptile, saying it's somewhere around 6ft long. It's believed to be lurking on the south end of the lake. Special crews have been called in to capture the animal. Until then, the park will be closed.  Police believe those crews will arrive on Monday. Stay with KTEN News for updates.