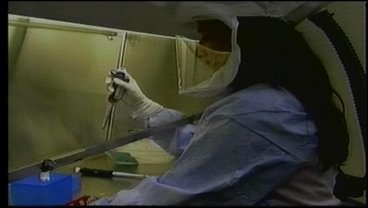 Pontotoc County has the first case of "Swine Flu" in the sooner state.  It was confirmed early Tuesday morning.  Meredith Saldana attended the press conference and has more.

The Pontotoc County Health Department says the woman who tested positive for the "Swine Flu" virus started getting sick on her way back from Puerto Vallarta, Mexico.

The health department says they weren't surprised by the results.

They were actually expecting a case in Oklahoma at some point.

They said the patient's test was sent off to the Center for Disease Control for confirmation.

While she did test positive, she did not require hospitalization and is expected to make a full recovery.

The Director of the Pontotoc County Health Department Mike Echelle says because the patient stayed home, after returning from Mexico, they don't feel this case has caused an increased risk to the public.

Therefore no community events or schools will be canceled.

He says area residents should be concerned but not panicked.

Echelle says, "The main message is letting individuals know to, you know, take the precautions to protect themselves and their family.  They have a responsibility themselves in helping us to stop the spread of this virus."

The health department says to minimize your chance of getting the "Swine Flu" you should wash your hands often, and avoid touching your eyes, nose and mouth.

And they say most importantly, if you or your children are sick stay home.

That means no work, school, church, or errands.