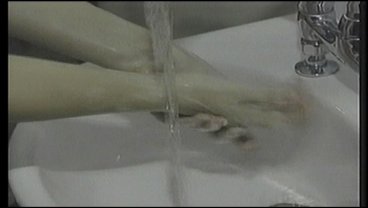 Officials across North Texas and Southern Oklahoma are springing into action, taking precautions for if the swine flu hits here. KTEN's Katy Blakey has more.

The unique strain has reportedly killed dozens of people in Mexico, and officials now confirm forty cases in the U.S.

All of the Americans who contracted the virus have recovered we're told. The majority of those cases came from a high school in New York where students had returned from spring break in Mexico.

There have been no deaths due to the flu in America.

President Obama is urging folks to be calm.

But all across the country hospitals and health departments are reacting. In Oklahoma, Bryan County health officials met this morning to discuss their preparedness plan.

"We are monitoring this situation very closely," said Michelle Tidwell, a District Nurse Manager of southeastern Oklahoma. "We are educating our healthcare providers. One thing we are telling everybody is to ramp up those hygiene procedures you should be doing - good washing that lasts for a good 20 seconds. One good thing is to say your ABC's when you're washing your hands."

The Grayson County Health Department has teamed up with Texoma Medical Center and Wilson N. Jones hospital. We'll let you know what actions Grayson County health officials are taking on our later newscasts.