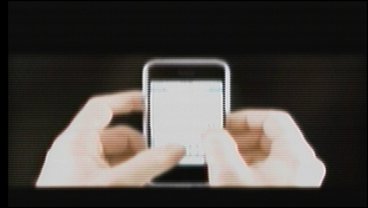 Monday night on KTEN News at 10, we told you about a teenager in Fort Worth, stabbed.   Police said it was because of a message on MySpace.

Parents, pay attention. A KTEN News Special Assignment Report for you: It's about your kids and technology: their cell phones and what you may or may not know that's going on.

It's called "sexting," text messaging among teens that's more adult than anything.

What appears to be simple codes and acronyms --  in reality -- could get your child in a world of trouble.

In a world of technology, it's amazing what our children have access to. From phones to computers  and an adult world that even they may not understand.

"They often times say things and do things they might not do if they were face to face with another person."

From acronyms like "GNOC" to "TDTM," and "Warning: parents are in the room"... to some actually sending vulgar -- even obscene -- pictures, including nudity.

"Police consider sexting a crime, if they are conflicted they could have to register as a sex offender."

So we asked a group of teenagers, "What's really going on." We asked them why their parents gave them a phone in the first place.

"Parents thought it would be responsible thing to keep in touch."

"So my mom can find me after school."

From there we asked if they had ever seen some of the so called "sexting acronyms."

This group of church kids from Allen, Texas, said, "Yes," but the meanings they gave were much different than what we found online. According to the website, netlingo.com, the number "8" means anything but what these kids thought. It's extremely sexual, and we chose not to say it on television.

As for other acronyms like "GNOC": "Get Naked On Cam," and "TDTM" means "Talk Dirty To Me."

Too many kids know exactly what they mean. And most of the time, mom and dad don't.

Michael Leirer is missions minister.  He works with teenagers every week. He has one message for parents.

"Make it fun for the child. Give me some codes I can write you during the day. Just you and I could have. I think the communication line would be open then."

As for licensed professional counselors who work with troubled children every day... It comes down to knowing who's the adult and who's the child.

"Parents are so busy, they don't communicate w each other parents often think they have no control over what kids do electronically, and parents do have control.. They're the ones paying the bill."