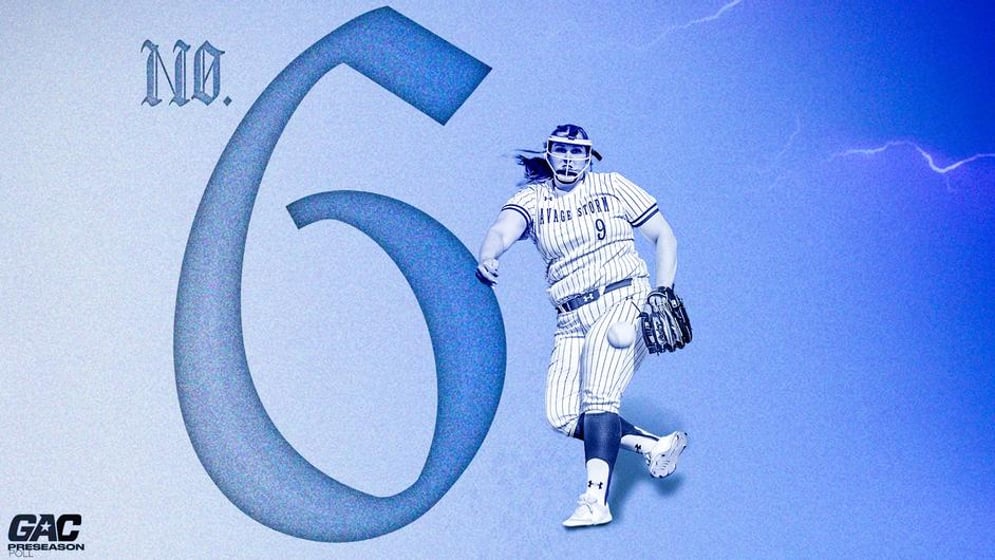 Sher takes over the Savage Storm program after four seasons at the helm of Union in Jackson, Tenn.

SE cleared 74 points in the poll, finishing 19 points ahead of seventh-place Arkansas Monticello and 15 points behind fifth-place Southern Nazarene who also picked up a first-place vote.

Southeastern Arkansas was picked as the preseason favorite with seven first-place votes, with Harding second with two-first place nods.

Arkansas Tech was third, earning a pair of first-place votes and just edging out Oklahoma Baptist in fourth.

Ouachita Baptist checked in eighth, with East Central and Henderson State rounding out the top-10.

Mahy is also the team's top returning hitter after posting a .339 average last season with 15 doubles, five home runs and a team-best 35 RBI.

SE will also welcome back Kamryn Rackley who was hitting .342 with six stolen bases through 14 games before her season came to an early end sue to an injury.

Kady Fryrear, Gracie Ore, Bailey Beard, and Jaleigh Durst all return after starting at least 40 games for the Storm in 2022.

Southeastern will also welcome six transfer newcomers for the 2023 season, as well as a pair of freshman additions.

SE opens the 2023 season on Feb. 3=5 at the Mardi Gras Invitational in Youngsville, La., and will host its first home contest on Feb. 24-25 with a three-game series versus Arkansas-Monticello at the Southeastern Softball field.