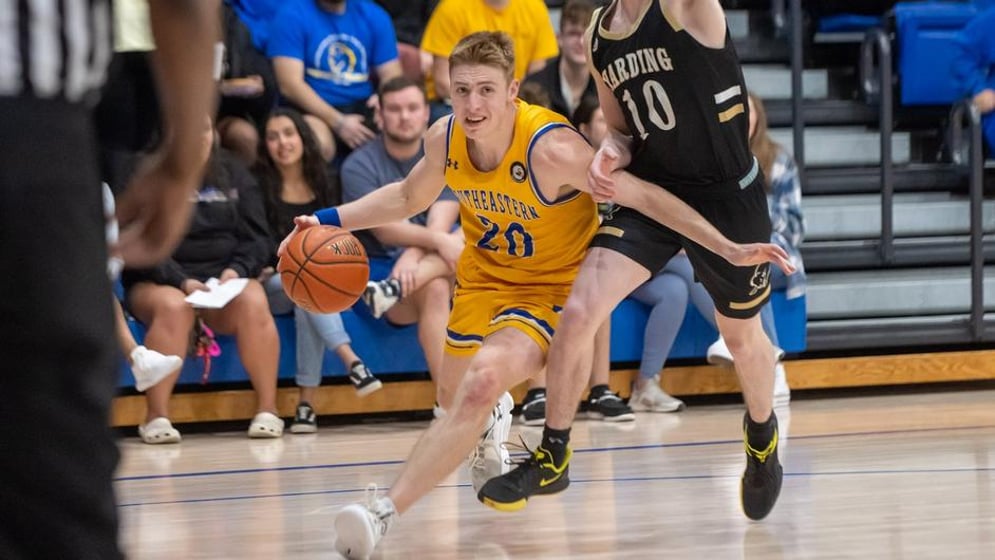 DURANT, Okla. – A cold-shooting second half proved costly for Southeastern as it picked up its second-straight loss, falling 83-79 to Harding on Saturday afternoon in Bloomer Sullivan Arena.

The loss drops the Savage Storm to 6-5 overall on the season and 3-3 in Great American Conference play.

Jett Sternberger led the way on offense for the Storm with 20 points on 7-of-16 shooting, leading a group of four players in double-figures.

Kody Clouet was next in line with 17 points, while Landon Condiff added 11 points off the bench and Kyle Leslie rounded out the group with 10 points.

Leslie finished the contest with a double-double, hauling in 12 rebounds to lead the Storm on the boards, while Clouet approached one with eight boards.

Clouet also led the way in assists with five, while Al Ervin and Brennen Burns each added three.

SE took an early lead, extending it to eight points within the first four minutes of the game.

That advantage would reach as many as nine points as the Storm shot over 50-percent in the first half before the Bisons would close the gap, ultimately taking a 38-37 lead with 2:34 to play in the half.

Southeastern reeled off an 11-2 run in response, pushing the lead back to eight points before a pair of HU free throws would cut the Storm lead to 48-42 at the half.

The Bisons lead would reach as many as seven points before the Storm put together a rally, using a 12-3 run to regain the lead at 76-74.

HU would score the next six points to retake the lead and the Storm would only close the gap to one point over the final four minutes before falling 83-79.