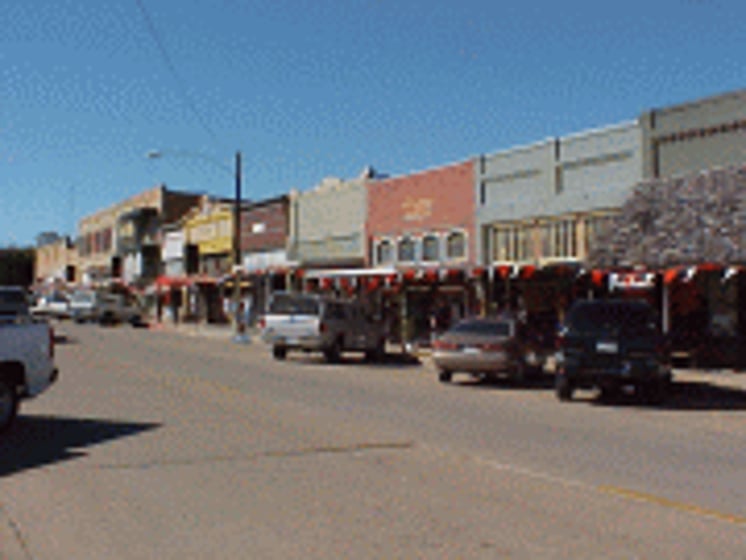 Whitewright is on State highways 11 and 160 twelve miles southeast of Sherman in extreme eastern Grayson County. The settlement was established in 1878, when New York investor Jim Whitewright, for whom the community was named, purchased a tract of land in the path of the Missouri, Kansas, and Texas Railroad, which was then extending its tracks across the county. Whitewright had the land surveyed as a townsite and left two of his agents, Jim Reeves and Jim Batsell, to sell lots in the new community. Likely due to the combination of its rail connection and its location in the center of perhaps the richest farmland in the county, Whitewright soon attracted settlers and businesses. Within ten years of its founding the community had incorporated and supported a private school, Grayson College, a public school, a newspaper, and several businesses, including three hotels, two cotton gins, and two banks. In addition, a post office began operations there in 1888 . By 1900 the population of Whitewright was 1,804. Although it declined slightly, to 1,563 in 1910 and 1,666 in 1920, the business community flourished. By the mid-1920s both the Missouri, Kansas, and Texas and the Cotton Belt served the town, and sixty-eight businesses, including two banks and manufacturers of cottonseed oil and flour, operated locally. Whitewright served as a marketing, retail, and commercial center for the farmers of the surrounding area who produced such crops as cotton, wheat, and corn. The population rose from 1,480 in 1936 to 1,537 by the late 1940s. The number of businesses, however, declined from sixty to forty-six. During the 1970s and 1980s seven factories, producing goods ranging from sausage to clothing to fertilizers, employed local workers.

Settlers from Kentucky found Whitewright to be a land rich for cultivation and cattle, a wilderness of grasses, flowers and forest. Churches and schools were established very early and the construction of the M.K.T. Railroad from Denison to Greenville hastened the growth of Whitewright. The town was incorporated in 1887 and was named for New York capitalist William Whitewright, who had an interest in the M.K.T. Railroad. Although the Baptist, Presbyterian and Methodists built churches in the area in the 1850s, the Christian Church was the first church in Whitewright. It was used as a community church and Rev. J.W. Connelly preached the first sermon. In 1879, the town's first baby, Jesse Rayborn, was delivered by the town's first doctor, D.M. Ray. Grayson College was founded in 1886 by Mr. Piner and Mr. Anderson on the north edge of town. By the late 1800s, Whitewright had a population of 2,000 and was the first political subdivision in North Texas to eliminate saloons by a vote of the people. Whitewright was thriving as a business center by 1894 with hotels, doctors, lawyers, dentists, restaurants, grocery stores, drugstores and banks. The 2 cotton gins in town bought 150,000 bales of cotton that year. Whitewright also boasted a flour mill, 2 lumber yards and a newspaper. A fire destroyed much of the north side of town in 1884, and another fire in 1911 nearly demolished the entire town. Twenty homes and every business except the First National Bank were destroyed. The bank building still stands and was used as a public library until it was moved to the city municipal complex in 1978. Today, the city of Whitewright is positioning itself for growth and prosperity. Our historic downtown is undergoing a renovation with new shops, restaurants and more. We hope you come visit us soon and become a part of our new history.