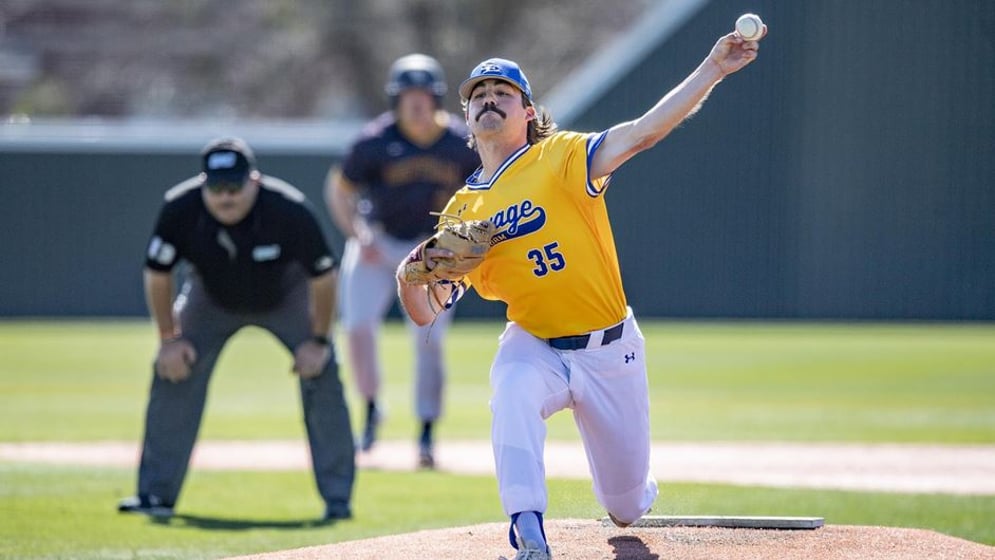 DURANT, Okla. – Connor Priest struck out a season-best 13 over seven innings as Southeastern piled on five runs in the eighth inning to pull away for a 10-3 win over rival East Central in the series opener on Friday afternoon at Mike Metheny Field.

The win lifts the Savage Storm to 30-18 overall on the season and 18-13 in Great American Conference play, securing the first 30-win season for SE since 2012.

Priest picked up his fifth win of the year after going seven innings in the start, allowing three runs on four hits with 13 strikeouts which included striking out 10 of the first 12 outs of the game.

Matt Miles, Damon Burroughs, Richard Ware, and Bryce McDermott each had a pair of hits, while four others had one hit apiece.

Ware finished with a home run and three RBI, while McDermott and Cameron French would drive in a pair of runs each. Miles, Seth Morrow, and Burroughs each added an RBI.

Ware would follow in the third with a three-run shot to give the Storm the lead at 4-2.

The Tigers would close the gap with a run in the fifth, but a McDermott sac fly would offset that score and give SE a 5-3 lead through five innings.

Both teams were quiet until the bottom of the eighth inning when a Miles RBI single would get the scoring moving again.

A Morrow sac fly would bring home Miles and a Burroughs infield single would plate a pinch-running Luke Lockhert to push the lead to 8-3.

French would end the scoring with a two-run single to right to make the final score 10-3.