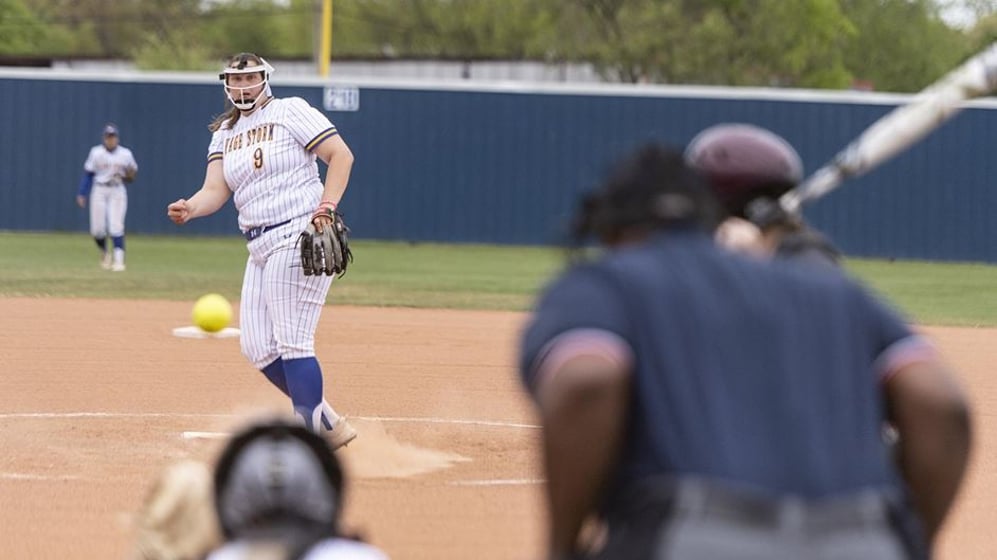 DURANT, Okla. – Southeastern closed out the non-conference portion of its schedule with a pair of one-run wins on Tuesday, downing Texas Woman's 3-2 in eight innings in game one before closing the doubleheader with a 2-1 victory at the Southeastern Softball Field.

The wins lift the Savage Storm to 26-22 overall on the season as they eye a return to Great American Conference play with a three-game series versus Henderson State April 22-23 at the Southeastern Softball Field.

In the opener, Cheyenne Mahy tossed a complete game on her way to a victory, throwing eight innings and allowing two runs, one of them earned, on six hits with 10 strikeouts.

Offensively, Peyton Streetman, Mahy, and Kamarie Wallace each collected two hits, while Marilyn Alvarado, Wallace, and Lauren White each drove in a run.

TWU would take the lead in the top of the first with an RBI double, and after a slow start the Storm would answer in the fourth with an RBI single from White to knot the game at 1-1.

Using international tiebreaker rules, the Pioneers would bring in a run in the top of the eighth with an RBI single.

SE would also bring in their runner from second to open the bottom half of the inning on an Alvarado single to again tie the game.

A batter later they would end it as Wallace plated Mahy for the game-winning run in a 3-2 victory.

In the nightcap, Amberlyn Walsworth followed suit with her own complete game, tossing seven innings and allowing a run on four hits with nine strikeouts.

Jaleigh Durst would supply the other SE RBI.

Mahy's first-inning solo homer put the Storm on the board, but TWU would tie the game with an RBI single in the third.

The game would remain a 1-1 pitcher's duel until the bottom of the sixth with Durst bringing home a pinch-running Courtney Crane on a sac fly to swipe the 2-1 win.