Storm Drop Pair of Road Games at No. 8 SAU 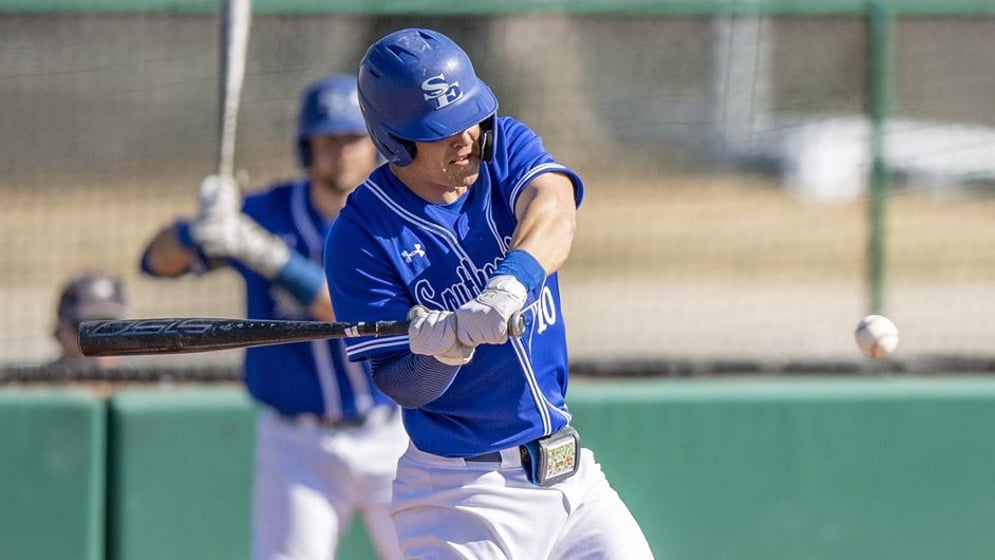 MAGNOLIA, Ark. – Southeastern rallied twice, but saw both fall short in a pair of Saturday afternoon losses at No. 8 Southern Arkansas, falling 16-9 and 9-3 in Magnolia, Ark.

The losses drop the Savage Storm to 21-9 overall and 11-7 in Great American Conference play.

In game one, Reid Rice would post three hits with a double and a home run while driving in four runs.

Hayden Evans added a pair of hits, while Blake McQuain and Luke Lockhert had one each.

McQuain would drive in three runs, while Seth Morrow added an RBI.

Connor Priest got the start and took the loss after tossing 1.2 innings and allowing seven runs, six earned, on six hits with two strikeouts.

Jordan Compton followed with two-thirds of an inning and allowed two runs before Jacob Potter came in and tossed the next four innings, allowing two runs on four hits with three K's.

Dillon Bumgarner followed with two-thirds of an inning and allowed a run on a hit, with Coby Langford coming on and allowing three runs on two hits without recording an out.

Kenneth Klier would come on to finish the game, allowing a run on a hit in one inning.

SAU jumped out to a lead in game one scoring in each of the first four inning on its way to an 11-0 lead.

The Storm would begin a rally in the fifth, with Angel Ochoa scoring on a wild pitch to put SE on the board.

McQuain and Morrow would draw bases loaded walks to drive in two more runs, while Rice would drive in a run as Southeastern closed the gap to 11-4.

McQuain would add an RBI single in the eighth inning and Rice would follow connect on a three-run homer, further closing the deficit to 11-9.

However, the Mulerider would answer with five runs in the bottom of the eighth to pull away for the 16-9 win.

In the finale, Damon Burroughs put together a pair of hits, while McQuain, Cameron French, Morrow, Ochoa, and Brett Gonzalez each adding one.

Gonzalez, Evans, and Joseph Ramirez each added an RBI.

Cole Canuteson got the star and took a no decision after tossing 3.1 innings and allowing three runs on five hits with one strikeout.

Jackson Sioson came on and turned in his longest outing of the season, tossing 2.1 innings and allowing five runs on five hits while taking his first loss of the year.

Logan Teske would add one-third of an inning and was tagged for a run on a hit.

SAU put up a run in the second and two more in the third to open up a 3-0 lead.

The Storm would get on the board with a Gonzalez RBI single in the fifth and Ramirez would tack on a sac fly to close the gap to 3-2.

Evans would knot the game at 3-3 with a sac fly to plate Rice in the top of the sixth.

However, SAU would respond with six runs in the top of the seventh to fashion the final of 9-3.