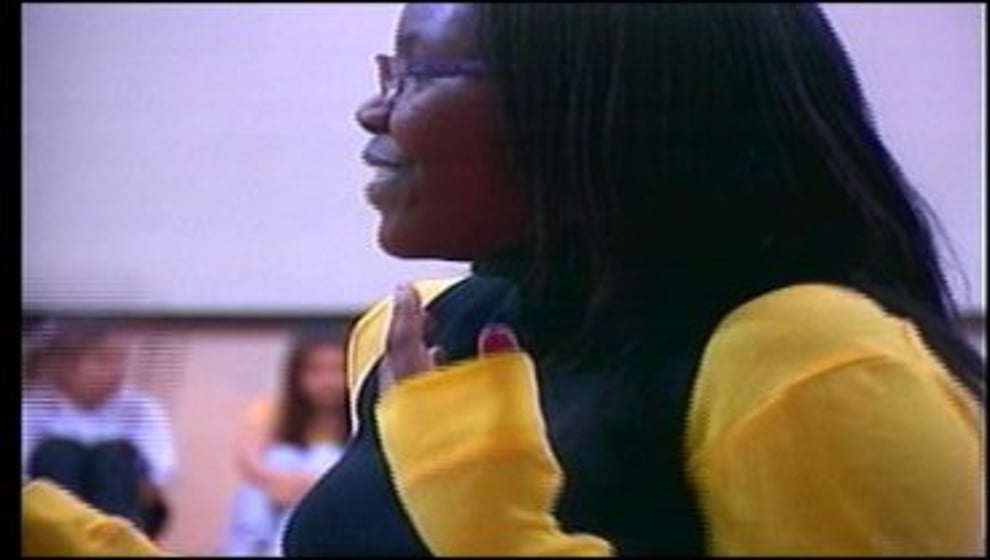 A world renowned dance group from Dallas is teaching kids in Ardmore the latest dance moves, and for free! Meredith Saldana visited the class and has more on their story.

The class is offered on Thursday's during the PE or physical education hour, to any middle school or high school students interested.

It's an Art Education Outreach Program provided by the Goddard Center, in Ardmore.

The center took donations made to the center and brought in the Artistic Director of the Dallas Black Dance Academy.

Joann Moore, with the Goddard center, says, "Because of economics and the recession there are families that could not afford dance and we make it totally free to the children."

"I learned how to do some more Michael Jackson moves," says 6th grader, Christopher Banks.

But for several of these children, these lessons go far beyond the dance routines.

Irene Rodriguez, and Ardmore 6th grader, says, "I learned how to get out of my comfort zone. Not to be shy any more in front of people."

Dance instructor, Allyne Gartrell, says, "That's exactly what it's designed to do. To give them comfort, to give them that confidence to be able to stand in front of people and to be proud of yourself. Proud of your own accomplishments."

"It's a great opportunity for children. We've noticed so much improvement. Kids coming out of their comfort zone, the bashfulness. It just works for everybody," says Moore.

The kids tell me it's a PE class they look forward to attending!

"It's fun and it's helping us to do other stuff," says Banks.

Some of these students will be featured in a performance with the Dallas Black Dance Theatre in March at the Goddard Center.