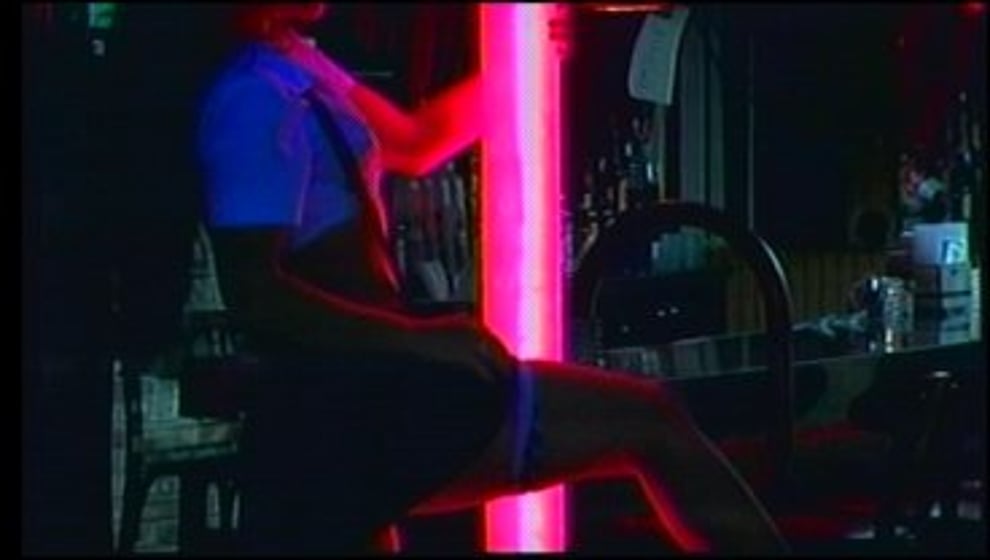 BRYAN CO., OK -- Topless bars, nightclubs and a store selling sex toys.  We're not talking about the big city here.  We're talking about a 25-mile stretch from Kingston to Calera, OK.  All of these businesses have opened within the last few weeks and months.  Is this a sign of the times?  Or is it a lack of regulations against such businesses?  KTEN's Chris Severy reports.

Call it an anomaly or just plain opportunism.  From Christie's Toy Box near Calera, to a topless club in Mead, and a bar turned self-described gentlemen's club in Kingston, these adult oriented businesses seem to be popping up everywhere in this area.  They're steamy, salacious, many will say indecent and just plain wrong.  Whether they're called strip joints, nudie bars or gentleman's clubs, when they open they draw attention.  Just look at the protestors holding signs outside of the "Surfin' Sand Club" Wednesday night in Kingston.  Concerned citizen Kylie Green said, "We disagree with the strip club opening in such a family oriented community."  The Calera Church of Christ went one step further and bought a billboard outside of Christie's Toy Box.  "God is very observant of things that people do," says minister Travis Huffman.  So, if so many people seem opposed to the idea of adult-oriented businesses, then why are they setting up shop in southeastern Oklahoma?  "One of those businesses we're talking about has other locations in southeast OK and they're a pretty good distance from here, so maybe they're just wanting to expand.  I don't know the answer to that, why they chose Bryan County," said Bryan County Commissioner Monty Montgomery.  He's fielded more than his fair share of calls from concerned residents.  But there's only so much he and other community leaders and lawmakers can do.  Montgomery added, "I'm of the firm belief that if the citizens of this county choose not to support these businesses, then they won't be here for long."  Kingston Mayor Ophelia Cooper said she echoes those same comments.  She said Kingston is working on updating city ordinances, and creating zoning within city limits.  But at the end of the day, she says there's just not much the city can do to keep these adult businesses out.  Chris Severy, KTEN News.