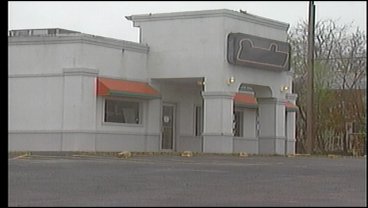 In tonight's Behind the Kitchen Door, we're back at Sherman's Pizza Inn, except you can't call it Pizza Inn anymore. We told you two weeks ago how the restaurant scored poorly on health inspections, then last week we found out the restaurant's franchise agreement has been canceled. Now the restaurant is closed again.

Last week, we heard from corporate Pizza Inn. Now we hear the local owner's side of the story. Here's KTEN's Katy Blakey

The signs are gone and the food is gone, but the troubles for this former Pizza Inn are far from over. Ademola Adeniregun, or Eddie, as he's know owned and operated the restaurant. On Sunday, he closed it and laid off it's five employees. The closure comes after corporate Pizza Inn terminated Eddie's franchise agreement a year ago.

He kept the store open until now, but is involved in litigation with Pizza Inn for trademark infringement and breach of contract.

But Eddie's attorney says it's much more complicated than that and boils down to Pizza Inn discriminating against Eddie because he's originally from Nigeria.

In a statement to KTEN, Eddie says "Pizza Inn took this drastic action because I complained that they were treating me differently than other franchisees because of my Race and Nationality," adding that it's cost him both "personally and financially."

This matter will also go to court. A counter lawsuit is working it's way through federal court. We'll keep you posted of any updates.